This is the 27-year old's first individual award won since his arrival in the country. 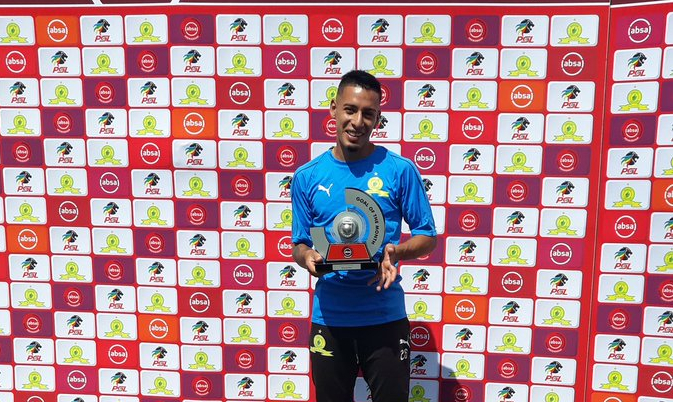 The Uruguayan produced a superb finish from the edge of the 18-yard area, capping a wonderful team move in Mamelodi Sundowns’ victory over Free State Stars, having beaten two players in the process as his side won 3-1.

The 27-year old, who wins his first individual award since his arrival in the country, has been an important part in Pitso Mosimane’s side since the start of the 2018/19 Absa Premiership, enjoying a number of impressive displays.

There were nine other spectacular goals that were strong contenders alongside Sirino’s goal. These included his Sundowns teammate Jeremy Brockie’s half-volley in the same fixture against Stars, Emiliano Tade’s low strike in AmaZulu’s win over Highlands, Hashim Domingo’s stunningly executed free-kick when Bidvest Wits beat Bloemfontein Celtic, and Yannick Zakri’s flicked header in the clash between Maritzburg United and Highlands Park, just to name a few.

Sirino’s goal was selected by fan votes from a shortlist of brilliant goals scored in November 2018.

Voting for the Goal of the Month for December opened on Tuesday January 1 on the PSL website and will close at midnight on Thursday, January 31.

Here is a recap of the Goal which YOU voted as the best for NOVEMBER 2018 on https://t.co/HuozU24RCh