Sono not too keen on Nedbank Cup

Jomo Cosmos boss Jomo Sono was honest in analysing his team's chances in the Nedbank Cup when they begin their campaign against Telkom Knockout holders Baroka FC on Tuesday. 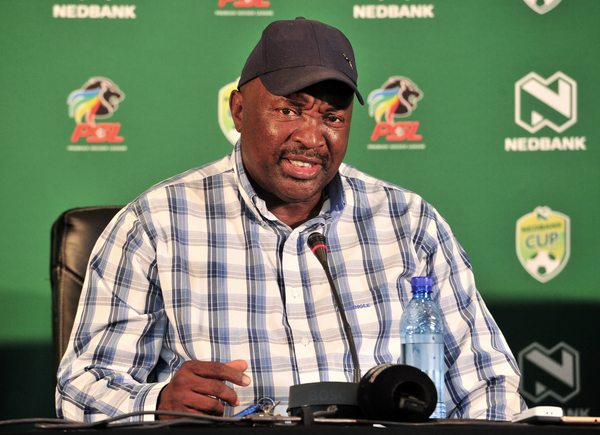 Ezenkosi have been struggling in the National First Division, winning one and losing four in their last five matches.

“It is a tall order for us,” said Sono. “We would like to go far, but sometimes it’s not good to daydream. We play a Baroka team who beat Orlando Pirates in a cup final and drew away to Mamelodi Sundowns. They held Pirates to a draw again (on Tuesday)

“It’s not even an issue of David versus Golliath. We don’t fancy our chances, to be honest and frank,” he added.

But a cup game could provide the spark Cosmos need because they have nothing to lose anyway.

Siyavutha have won their last two matches and moved off the bottom of the NFD standings last weekend so will be looking to keep the momentum going.

But in the Team of Choice, they meet a side who are desperate for a turnaround after a six-match losing streak which sees them rooted to the bottom of the Absa Premiership standings.

Maritzburg have won just once in 20 games this season.