Orlando Pirates early exit in the Caf Champions League has raised questions whether interim coach Rulani Mokwena is the right man to get the team back to winning ways. 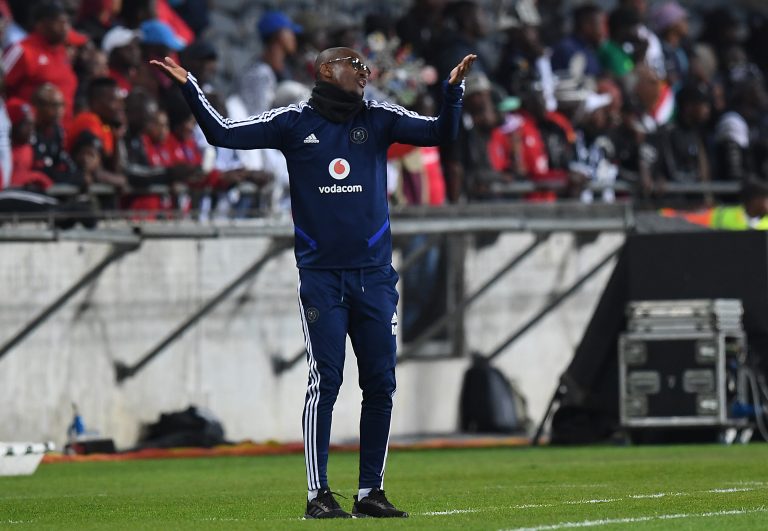 Bucs were dealt a huge blow in losing 2-1 on aggregate to Zambia’s Green Eagles in the second leg of the continental competition after a 1-1 draw at the Orlando Stadium last Saturday. Pirates lost the first leg 1-0.

The loss now sees Bucs on a five-game winless streak in all competitions and they are already out of two competitions after also being knocked out of the MTN8. However, Mokwena believes his charges did their best, but could just not get the result they needed.

“It was a tough match with a difficult scenario where you have to overturn the result, but that’s how the cookie crumbles at the moment, we just have to soldier on,” said Mokwena.

“The players gave their all, you can’t ask for more. I think it’s clear to see that the players did the best they can, they left everything on the pitch.

“Sometimes you have to try, we tried from a technical perspective to alter the structure a bit in the second half.

“We also tried during half-time to inflict an emotional attachment on to the players and you could see from the start of the second half we wanted an early goal,” said the Bucs coach.

“We were a bit unfortunate not to have converted some of the chances, but today’s performance is encouraging, it’s just that unfortunately the result didn’t go our way.”

Meanwhile, Eagles coach Aggrey Chiyangi was proud of his charges’ performance, but admits it was difficult coming up against Pirates, a club that has been competing in the continental competition for a long time.

“We knew it was going to be tough because Orlando Pirates have so much experience, they have been competing in this championship for so many years. That’s why we had to find a way to absorb the pressure,” said the Eagles coach.