Tinkler said he will give the players some time off to cool off after some intensive games in the last few weeks. 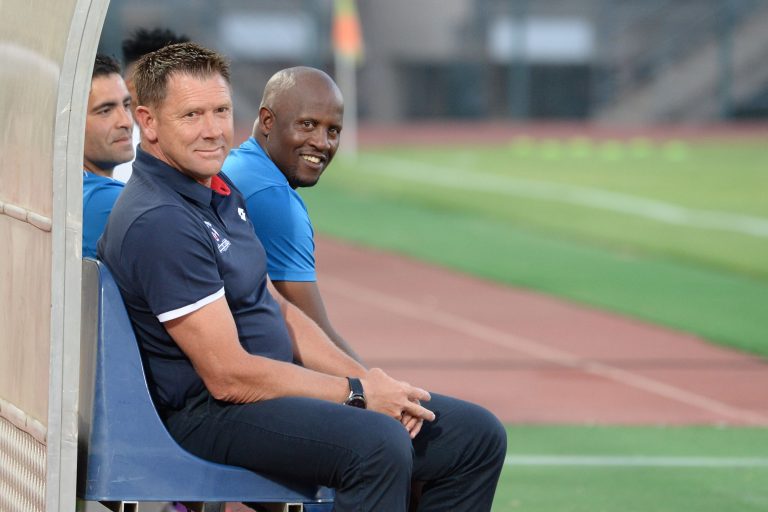 Maritzburg United coach, Eric Tinkler praised his team’s character after they managed to eke out two wins a row as they battled to another win on Wednesday night, beating Baroka 1-0 just five days after beating Chippa United by the same score line.

“That’s the positives I take from this game – the character,” Tinkler told the media after the match. “I am starting to see what we saw towards the end of last season. We had a talk with the players to make them aware that while there is a long season ahead, but let’s not leave things in the manner that we will again find ourselves in the same situation we found ourselves in last season. We need that same character and aggression (that they displayed last season) in all our games,” he added.

With injuries to some of his key players, Tinkler had to rearrange his team and that resulted in defender Siyanda Xulu being played in midfield as the team’s anchorman.

“I played Siyanda in a position that he is not accustomed to, he played in the holding midfield role and I thought he was absolutely superb. Kunene has also done extremely well. The whole team actually.

“That bids well because it builds up the confidence. And with confidence comes results. We now have a mini break before we play the Telkom Knockout. With this win, we can now seriously consider going for the cup. But first and foremost, the league has to take first preference and we did that,” he said.

The team will have a bit of a break and Tinkler said he will give the players some time off to cool off after some intensive games in the last few weeks.

“The break will give the players a chance to get away from the pressure that they have been feeling. They need to get away (from the game) for a little while and he break gives us that opportunity. When we come back we will look into playing some friendly games,” he said.