'Nothing would make me prouder than to manage my country and qualify us to a World Cup tournament,' McCarthy told BBC Sport. 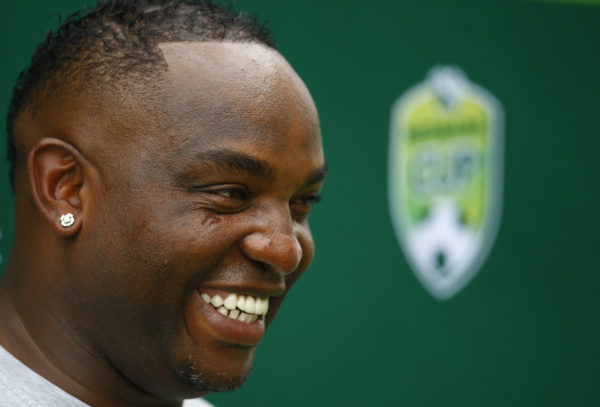 Benni McCarthy says he would definitely consider taking over as the new head coach Bafana Bafana.

The South African Football Association were set to begin the process this week of looking for a new head coach, following the sacking of Molefi Ntseki.

Ntseki was fired last week after failing to get the team into next year’s Africa Cup of Nations in Sudan.

McCarthy is currently enjoying a fantastic run in charge of AmaZulu, who have surged up to third in the DStv Premiership under his watch. Bafana’s all-time leading goalscorer, speaking to the British Broadcasting Corporation (BBC), didn’t hesitate to admit his interest in leading his country in the upcoming Fifa World Cup qualifiers.

“As a former player and a manager now you would want to be in charge of the best teams in the country where you are managing,” McCarthy told BBC Sport.

“If that comes with the responsibility of taking your national team that’s been struggling – it is something that I wouldn’t rule out.

“As much as I love the day-to-day antics about managing players working on a daily basis and improving them my national team is struggling so if there is a chance for me to take the reins and take the South African job I would think about it.

“I would really think hard about it because nothing would make me prouder than to manage my country and qualify us to a World Cup tournament.

“That would be one of the highlights of your managing career, even though it is such a short space of time, but it is something that I am thinking about and would consider if the opportunity comes.”

Broos says the door is still open for Mosele, Mmodi to play for Bafana
23 hours ago
23 hours ago

Broos says the door is still open for Mosele, Mmodi to play for Bafana
23 hours ago
23 hours ago