What do the new signings bring to Kaizer Chiefs this season

It promises to be a season of reclaiming past glory for Chiefs. 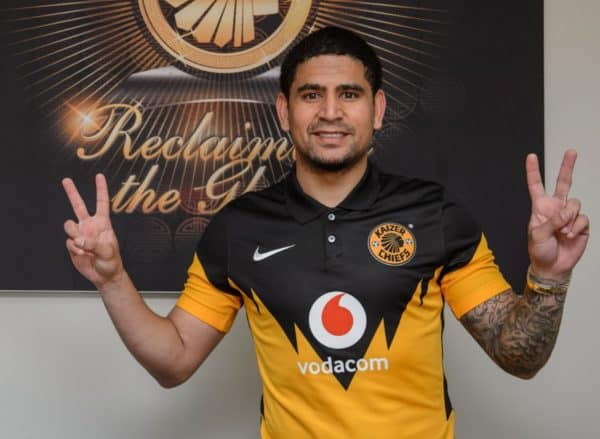 Kaizer Chiefs have got their supporters excited and longing for the new season to begin so they can see their team’s new players in action.

ALSO READ: Four ex-Sundowns players who have tried their luck at Kaizer Chiefs

It promises to be a season of reclaiming past glory for Chiefs.

For the first time in a long time, Chiefs have done some credible business in the transfer market with the additions they have made. But there has been the same excitement before when Khama Billiat was signed from Mamelodi Sundowns and Siphelele Ntshangase joined from Baroka FC.

While Billiat has done fairly well, he is yet to scale the same heights that made him a household name at Masandawana. And the less said about Ntshangase, the better.

Here we take a look at each of the eight signings that Amakhosi have officially announced so far and look at what they bring to the team.

He was the best defender last season, some have gone as far as to say he is the best since prime Mbulelo Mabizela. Ngcobo showed calmness even under high pressure situations at Swallows and uses his height quite well to deal with long balls. He is also comfortable on the ball and can start build up from the back. He will solidify the defence once he gets a partnership going.

Sekgota is a speedy and skilful winger with an ability to take on defenders and create spaces for his teammates. The only worry about him is that he tends to be too quick and doesn’t allow teammates to get into good spaces before crossing the ball. This results in a few balls being wasted.

He gives them options on the wings and can be a good super sub when the defenders are slowing down towards the end of the match and use his speed to good effect.

He goes about his business quietly and adds a lot of firepower going forward. Hlanti is very accurate with his crosses which will be good for strikers, Samir Nurkovic and Leonardo Castro. He is also good defensively and reads the game situations well.

The less spoken of the Amakhosi signings so far, Nange can help stabilise the midfield for Chiefs. He is a steady midfielder with a good eye for goal. He will be critical if he can quickly build a partnership in central midfield.

The young defender is full of energy and provides a new perspective in the Amakhosi formation. He has the speed and stamina to overlap on the left side and help out in attack. But if Amakhosi will continue with the system of sending in crosses, he might struggle as he likes playing it on the ground and running into the opposition box then sending in long balls.

Dube offers something Chiefs have not had in a long time – a left footed centre back. And if Stuart Baxter is to use a system that requires them to build from the back, Dube will come in handy. Chiefs have used Daniel Cardoso as a left centre back over the years. Dube is a steady defender and is comfortable on the ball.

Peterson has been idle for the past season although he has been training with Chiefs while waiting for the transfer ban to end. He faces stiff competition with Itumeleng Khune’s stay also extended.

He looked to be good in the air during his time at Wits and deals with crosses well which is something that has been lacking in the Amakhosi goalkeeping department.

The Ajax Cape Town youth academy graduate comes with loads of experience and is probably a sure bet for the starting line up when Amakhosi begin their new campaign against Mamelodi Sundowns in the MTN8 next weekend.

He has worked with Baxter at SuperSport United, Bafana Bafana and Odisha FC in India and has a good understanding of what the coach needs. He is expected to be the engine of the team. He does defensive duties of covering the backline well, and also runs up front to take shots when an opportunity avails itself.

Dolly is Chiefs’ marquee signing of the current transfer window and a lot is expected of him. His abilities are of no doubt having proved himself at Mamelodi Sundowns and Bafana. His biggest asset is his fighting spirit and ability to take long range shots. He will fill the No. 10 role perfectly and should be an influential player this season