“I think coming to Leopards is very good for me, because the team is good and it has a lot of potential to do well in the league," said Sentsho. 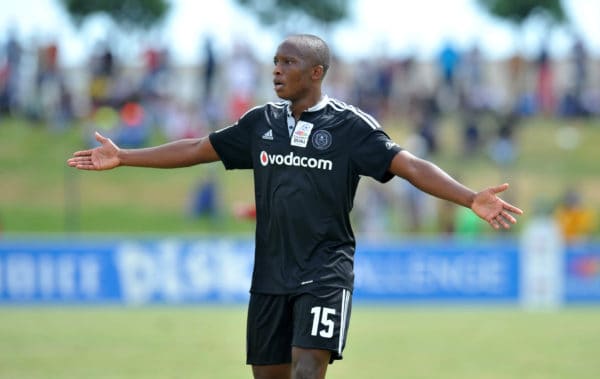 As Black Leopards try to assemble a competitive team that will help them fight their way back into the DStv Premiership, the Limpopo-based outfit have acquired the services of midfielder Lebogang Sentsho.

Sentsho, who is a former Orlando Pirates youth development player, was one of the players tipped to make it big at the club, unfortunately, things didn’t go so well having training with the Buccaneers first team at some point while he was playing in the Multichoice Diski Challenge.

Sentsho was on trial at Leopards for sometime, before he eventually signed with them on Monday for a career in the GladAfrica Championship.

“I signed with Black Leopards on Monday, I’m very happy about it. I was brought to the club by James Mothibi and I’ve been training with them for about two to three weeks now. It’s been very great and I’m loving every moment of it. It’s a good step in my career because I’ve spent a lot of time playing in the ABC Motsepe League,” said the midfielder.

“I think coming to Leopards is very good for me, because the team is good and it has a lot of potential to do well in the league. The guys are hard workers and I’ve seen it at training that everyone wants to cement their place in the starting line-up by the time the season kicks off. We all want to do well and try by all means to bring the club back to the DStv Premiership. I’m happy to be here and I’m willing to work extra hard to hold the club get positive results.”

Leopards were relegated to the GladAfrica Championship after finishing at the bottom of the log standings.

The club side has already lost some of their top players since their relegation, including defender Edwin Gyimah, who has since joined neighbours Sekhukhune United.