Pirates look for a bounce back against Stellenbosch

'There is potential in the squad,' said assistant coach Fadlu Davids. 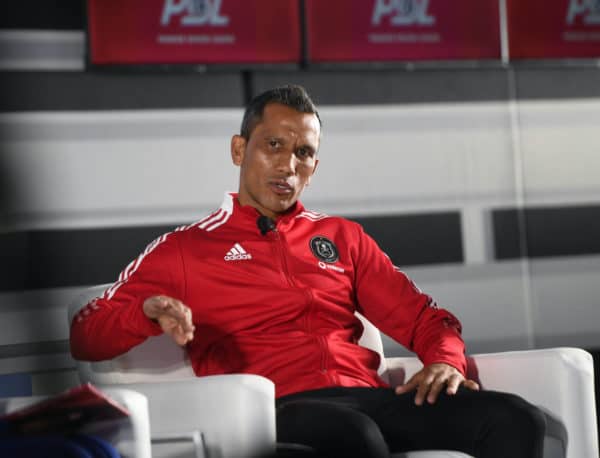 Orlando Pirates’ players will be looking to put the disappointment of the MTN8 behind them, when the Buccaneers kick start their DStv Premiership campaign with a tie against Stellenbosch FC at the Orlando Stadium today.

It was an unconvincing start to the new campaign for the Buccaneers on Saturday, as the club got knocked-out of the Wafa Wafa Cup, losing 2-1 to Swallows FC in the Soweto derby at home.

The loss was followed by the announcement of the resignation of head coach Josef Zinnbauer, leaving his assistants Fadlu Davids and Mandla Ncikazi in charge.

Davids, who has been at the club for three years now, is looking past what happened in the last week, ahead of their clash with the Steve Barker-coached Stellies, and he believes the players at the team have the ability to do better than last season, after ending the league season in third place.

“It’s our job to look at the players, what we have and to get the best out of those players. There is potential in the squad. If we are able to get that potential out, to get the players to play, to express … the skills they have, then definitely the log position will be different,” said Davids earlier this week.

Barker, meanwhile, is also hoping to see his team have a better season, after finishing in 14th spot last season – he also wants to see more youngsters at the club doing well this season.

“Some players last season had a breakthrough season, a player like Dean van Rooyen, I think he had a good season. So we are hoping this season more players have a breakthrough. We are really looking forward to the challenges ahead and we are expected to have a far more fruitful season on the field of play in terms of our log position and points,” said the Stellies coach.

“We had a very good pre-season, we worked very well and we are looking forward to the start of the season this coming Saturday.”

In the last four meetings between Bucs and Stelies, they both recorded one win each, while the other two games ended in draws.