'There is no way that we were going to score goals without a striker,' said the Pirates legend. 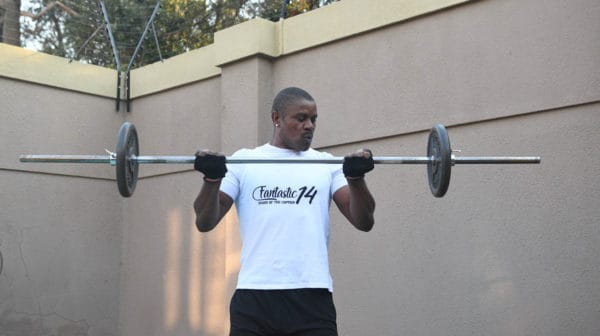 Lucky Lekgwathi was disappointed with Pirates' display in the MTN8. Picture: Sydney Mahlangu/BackpagePix.

If comparing lifting trophies to a person between the years 2010 and 2012, one could have easily pointed out former Orlando Pirates captain Lucky Lekgwathi, who has shared his thoughts on Bucs failure to defend the MTN8 after being knocked out by Swallows FC in the quarterfinals.

Lekgwathi was the leader of the Bucs’ famous double treble squad, and among the trophies won were back to back MTN8 titles, another historical moment for the club.

The current Pirates team had a chance to win the Wafa Wafa trophy for the second year in a row, but Lekgwathi says after seeing the starting line-up ahead of the team’s clash with Swallows, he had doubts having thought Bucs will walk all over Swallows.

“I didn’t expect Pirates to lose to Swallows, especially after they (Swallows) lost their key players. And at that time, you’re the defending champions and I’m sure they also wanted to match our record of winning the MTN8 cup back to back,” said Lekgwathi.

“But when I switched on the TV and I saw the line-up, it was not a strong team. I saw new players (in the line-up), yes, but you can’t test new players during a cup game. You can do that (test new players) during games like Carling Black Label Cup, not the MTN8 against Swallows.”

Another major factor that Lekgwathi believes was a stumbling block for Bucs was playing Deon Hotto as a striker, something that worked during some games last campaign because of the supply he got from Thembinkosi Lorch.

“We went back to playing without a striker, there is no way that we were going to score goals without a striker. I saw players who are starting and I didn’t see a striker, then I saw Hotto. That’s when In realised ok, Hotto is going to play as a striker. Ok, he scored a lot of goals last season, but most of his goals were coming from Lorch. And now Lorch was not available and there was no way he was going to score. If we were playing with a genuine striker, I think we could have done better.”

Swallows winning against Bucs in the top eight teams competition have now set themselves a date with Cape Town City on Sunday in the second semifinal, while the first semifinals sees Golden Arrows taking on Mamelodi Sundowns on Saturday.