Look out for a talented attacker from France, a Georgia-based defender and the son of a famous Zimbabwe coach. 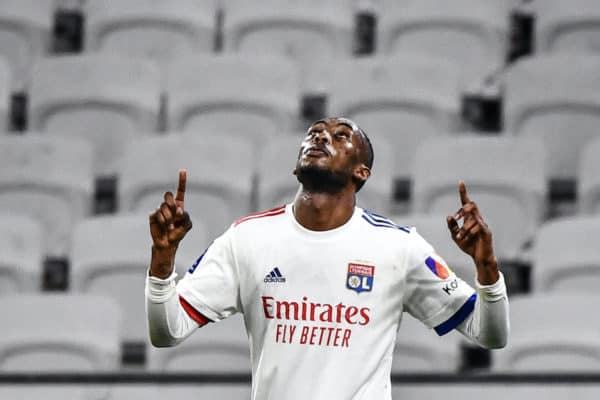 Lyon's Zimbabwean forward Tino Kadewere is one player to look out for against Bafana Bafana. Picture: JEFF PACHOUD / AFP.

Khama Billiat, Terrence Dzvukumanja, Divine Lunga, Washington Arubi, Knox Mutizwa, Onismor Bhasera. These are just a few of the names in the Zimbabwe squad for the 2022 Fifa World Cup qualifier against Bafana Bafana in Harare, that are all-too familiar to South African fans.

All can be watched on television week in week out, plying their trade in the Premier Soccer League. There are others, however, who may be less familiar to South African eyes. Phakaaathi takes a look at three Warriors who South Africans may not have seen play.

Alec Mudimu was born in Harare but as a youngster moved to England with his family. He was stunned when he got a call up to the Zimbabwe squad in 2018, while playing for Welsh outfit Cefn Druids.

“I was shell shocked for 10 seconds. I couldn’t even breathe, it was such a surprise,” Mudimu said, according to BBC Sport

“It’s not every day that you get a national team manager calling you saying that you’ve been selected for national duty.

“My sister and my grandmother were in tears. It was an emotional moment and it brings such joy to me knowing I’ve brought such pride to my family back home.”

Now 26, Mudimu, who can play in defence or midfield, has played over 20 times for his country. He played in two of the Warriors’ three games at the 2019 Africa Cup of Nations and in both of their preliminary round qualifiers for Qatar 2022 against Somalia.

Tino Kadewere was once rejected by Zimbabwean giants Dynamos, but it is the Harare born attacker who has had the last laugh, enjoying a breakout last season in Ligue 1 for Lyon where he netted ten league goals, including the winner against PSG.

Kadewere has yet to fully take flight for the Warriors, but he is back to full fitness this season after a hernia operation and could be a key man against Bafana.

“It makes it more special to play here because my father was a coach here for the national team,” Jonah told Zimbabwe’s Herald newspaper.

“And, because he coached here, that is how he met my mother so I definitely have a huge connection to Zimbabwe.”

“Most of my family members are here and I have a lot of family I know would probably be following the team.”