Bafana fans give Broos extra ‘Flair’ with a new nickname

Bafana fans have been quick to name their head coach after a famour wrestler. 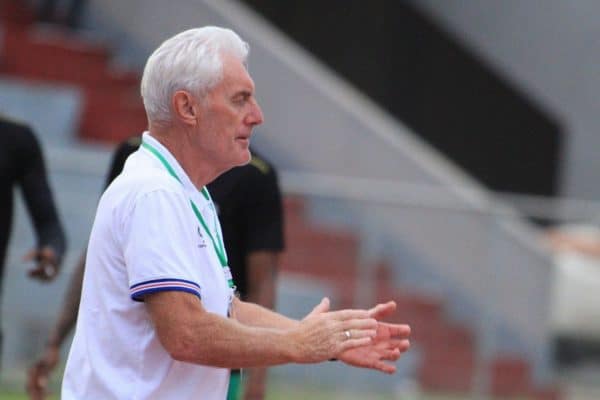 Part of the nature of South African football is to give players and coaches nicknames. Some have remained with footballers long past their retirement. Iconic ones include “16V”, given to Doctor Khumalo. You cannot help but include “Mercedes Benz” whenever you say Linda Buthelezi. John Moshoeu was called “Shoes” to the point that you’d even think it was on his birth certificate.

ALSO READ: Broos reveals why he hauled off Mabasa

How can you forget the “Midnight Express”, Helman Mkhalele and Patrick “Ace” Ntsoelengoe. Edward “Magents” Motale. Harold “Jazzy Queen” Legodi. Mlungsi “Professor” Ngubane. Vincent “Computer” Lamola. The list is endless. And it has not taken long for fans to coin a nickname for Bafana Bafana head coach Hugo Broos.

If you happened to spend a minute or two on the trend list on Twitter on Saturday evening, you might have come across the hashtag #RickFlair, and the immediate reaction was, ‘did he just pass away?’ Yours truly will be the first to admit that I thought the legendary World Wrestling Entertainment ex-pro had been reunited with his ancestors. I, and many on the Twitter streets, were wrong. Flair is alive and well.

So why was the 72-year-old retired wrestler trending? Well, that’s because his name made its way into South African football. Flair was trending because of the Bafana mentor and this was after the national team displayed a gallant performance at the Bahir Dar Stadium and beat Ethiopia 3-1 in the 2022 Fifa World Cup qualifiers to take the lead of Group G.

To be fair, “The Nature Boy” and Broos do share striking resemblances, from the blonde hair, height and lean body structures, and South Africans had a fun fair likening the two, and bestowing the nickname on him.

When he was announced by Safa in May, Broos was labelled a ‘pensioner’ but as things stand, fans are warming up to him as he has done reasonably well with a new look Bafana side with a surprise win over Ghana and now the thumping of Ethiopia, who they hope to get the better of again when they meet this Tuesday at FNB Stadium.