'We must focus on ourselves, on our structure,' said the Buccaneers head coach. 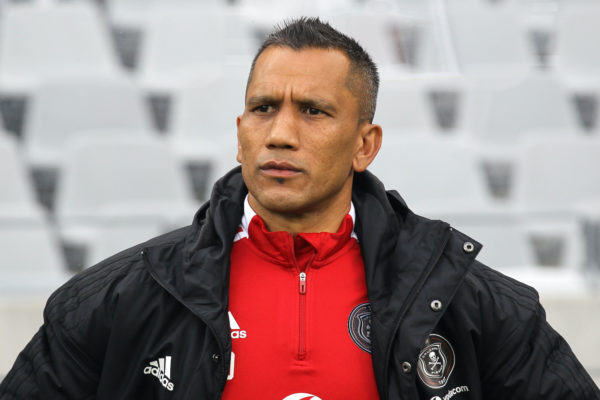 Fadlu Davids has praised the versatility of Maritzburg United, but believes it is better for Orlando Pirates to focus on their own strengths when the two sides meet in the DStv Premiership at the Harry Gwala Stadium on Wednesday.

“Travelling to Harry Gwala is always a tough match,” said the Orlando Pirates co-head coach, who would know, having played at and coached Maritzburg before making the move to Gauteng.

“Maritzburg are quite a flexible side, if you analyse them they can play in different structures,” the 40 year-old added on Ernst Middendorp’s Team of Choice.

“Yes, we do individual profiling, but really we must focus on ourselves, on our structure. The last match was a good match away from home and hopefully we can create a formidable line-up to get the three points.”

Pirates have drawn their last couple of away games, either side of the international break, a Premiership 1-1 stalemate with Cape Town City followed by a 0-0 draw at Diables Noirs on Friday in the first leg of a Caf Confederation Cup qualifier in Brazzaville.

The Buccaneers, indeed, are unbeaten on the road so far this season, though they have only won one of those away games, at Chippa United.

Maritzburg have not played since October 3, but are looking to bounce back from consecutive away Premiership defeats.

“Everyone is ready for the game,” said defender Alfred Ndengane.

“The break came at the right time, so we could work on our game. Despite the previous loss we are positive and on Wednesday we need to make sure we use our home ground advantage.”

Middendorp’s side, like Pirates, have won just twice in their six league matches thus far, but have lost the other four, leaving them in a precarious position at this early stage of the campaign.