The clash was called off after 10 minutes due to the clash of jersey colours. 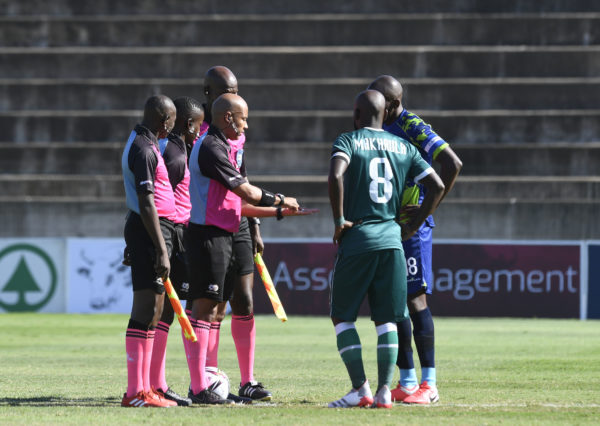 Match Officials call off the game dues to clash of kits during the DStv Premiership 2021/22 match between AmaZulu and Marumo Gallants at King Zwelithini Stadium, Umlazi on Wednesday. (Pic Sydney Mahlangu/BackpagePix)

The Premier Soccer League (PSL) has issued a statement apologising to their sponsors following the abandonment of the match between AmaZulu FC and Marumo Gallants.

ALSO READ: All shades of green as AmaZulu and Gallants clash is called-off

The clash was called off after 10 minutes due to the clash of jersey colours at the King Zwelithini Stadium on Wednesday.

The match will now be played on Thursday at the same venue and same kick-off time, but the League says they are waiting on a report from the match commissioner and it will be referred to the prosecutor to determine if should there be any further steps to be taken into the matter.

“The DStv Premiership fixture between AmaZulu Football Club and Marumo Gallants Football Club, which was abandoned on Wednesday, 03 November 2021 has been rescheduled to Thursday, 04 November 2021 at King Zwelithini Stadium and will kick-off at 15h30,” read the statement from the PSL.

“The Premier Soccer League (PSL) is awaiting the match commissioner’s report which will be referred to the league’s prosecutor.”

“The League wishes to apologise to our broadcast partner, SuperSport (who have agreed to broadcast the match), our sponsor DStv and football fans for this unfortunate incident.”