Sundowns coaches have ‘good selection headache’ ahead of City clash

The Brazilians will look to stretch their five points lead at the top while the Citizens are on ninth spot with 12 points, five off the relegation places. 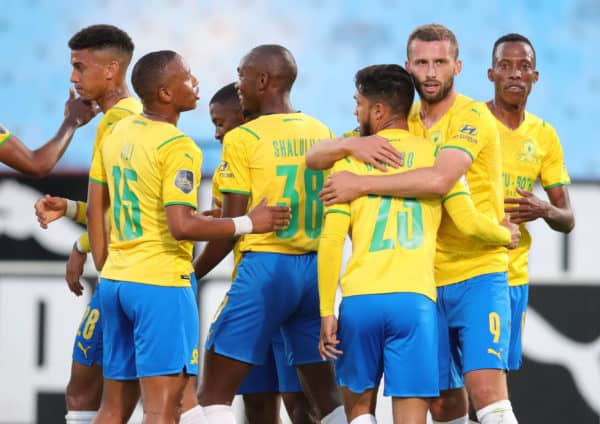 It is what every coach in South African football would wish for – to have a full squad like that of Mamelodi Sundowns. And that is what Manqoba Mngqithi, his co-coach Rulani Mokwena and senior coach Steve Komphela have ahead of their DStv Premiership clash against Cape Town City.

Masandawana will visit the Citizens at Cape Town Stadium on Saturday at 5.30pm in what should be an intriguing encounter based on how the two sides acquitted themselves in a recent MTN8 cup final.

“We are facing a good team, very organized. Very dangerous offensively. Very dangerous on transition from defence to attack. But also a team with some defensive frailties that we can try and capitalize on,” said Mngithi on Friday.

“But we go into this game with a lot of respect and humility. The MTN8 result is gone now so it’s important to go into the game and respect it because they gave us a tough time in the final.

“And based on that we know what to expect in this game. They will be more galvanised and intrinsically motivated to try and turn the results. So, we know the challenge ahead of us.

Mngqithi says the recent Fifa break played to their advantage as it helped the side get some of their players who had knocks ready to return to action.

“The break came at the right time for us. We had some smallanyana (slang for small) knocks… Rivaldo (Coetzee), (Khuliso) M0dau were out but they are now back, and we almost have a fully fit squad.

“This makes things more difficult for us as coaches in terms of team selection but truth be told we have a group that we believe has capacity to get us what we want from this match,” explained Mngqithi.

Sundowns go into this match looking to stretch their already impressive lead in the standings where they enjoy a healthy five points gap on closest chasers Stellenbosch FC.

Eric Tinkler’s Citizens are the more desperate of the two teams for full points as they sit in ninth position with 12 points, five off the relegation places.

A rare win against the unstoppable Sundowns could however catapult them into seventh place based on other results.