Ncikazi says Pirates are on the same level as Sundowns

'Half of our squad that played the previous season have not been here,' said the Pirates co-head coach. 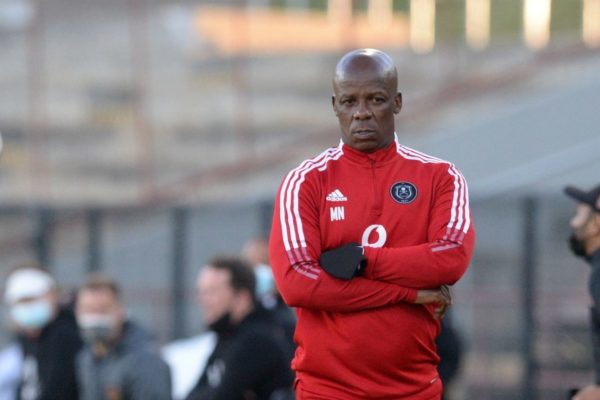 Orlando Pirates co-head coach Mandla Ncikazi believes his side are just as good as Mamelodi Sundowns, and that injuries and a new coaching team are two obstacles that has made them fall behind this season.

ALSO READ: The hunt is over as Swallows appoint Kerr

“We are at the level of Sundowns, and we have more supporters than Sundowns. Pirates are not achieving at our best currently, but we understand the process. It’s the new leadership, it’s players who have been injured, but now we are on the right track towards achieving big things,” said Ncikazi this week.

The Buccaneers recorded a 3-0 victory against Stellenbosch FC in the DStv Premiership last week, and then travelled to Liberia where they picked up a 2-0 away win against LPRC Oilers in the first leg of the Caf Confederation Cup group stage playoffs at Samuel Kanyon Doe Sports Complex in Liberia on Sunday.

They will be looking to make it three wins on the spin when they host Baroka FC in the Premiership on Thursday.

Having gone through the struggles of player unavailability due to injuries and for personal reasons, Ncikazi is happy to see the likes of Gabadinho Mhango returning the field.

“Half of our squad that played the previous season have not been here, so it’s positive that they are coming back one by one,” said the Pirates coach.

“We had one (player) who played (in the last game) having not played since the season started in South Africa (Mhango played 15 minutes against Oilers).

“So, it’s important that we have got the momentum of winning. Pirates is a big team in South Africa, you are expected to win every match every weekend.

Bakgaga will go into Thursday’s match on the back of a 3-2 defeat to Golden Arrows in their last match, adding more woe to a dreadful season, which sees them occupying 14th place on the league standings with eight points after 11 games.

The Buccaneers are sitting in seventh place with 18 points from 12 matches. The last time the team from Limpopo and the Soweto giants met, the score ended in a 2-1 win for Pirates.