Maema’s goals and assists have been keeping Sundowns going in the past few games. 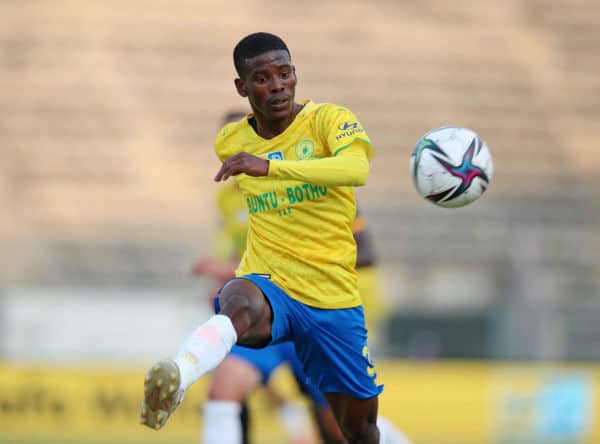 Mamelodi Sundowns co-coach Manqoba Mngqithi has admitted that his team missed Neo Maema during the draw against Stellenbosch on Saturday. (Muzi Ntombela/BackpagePix

A big and well-resourced team like Mamelodi Sundowns are not one that would usually sulk over the absence of one player, but after that one-all draw with Stellenbosch FC in the Mother City on Saturday night, Manqoba Mngqithi was quick to admit that they missed Neo Maema so dearly, who had to sit out of the DStv Premiership tie due to injury.

Maema’s goals and assists have been keeping Sundowns going in the past few games, particularly his newly found combination with Peter Shalulile as all of his five assists have been to the lethal striker, who was kept quiet all day.

“Now that we have not won the match, we have to admit that we missed him because he is a very influential member of our team but the boys who were given a chance did well, I would not want to take away anything from them but the truth of the matter is that Neo has settled in well. He has given us a lot of assists and goals and it was unfortunate for him to get an injury,” said Mngqithi.

As the games are coming in thick and fast, Downs’ next appointment is a visit from the flamboyant Royal AM this Wednesday at the Loftus Versfeld Stadium. The Masandawana mentor has had to see his team half-a-dozen points over the last five games but he is confident that they will oil their machine and collect maximum points on the bounce as it has been the case for most of the season.

However, the Brazilians still command a comfortable lead at the summit of the log and Mngqithi is banking on the depth of his squad to maintain their dominance going into the Christmas break.

“I don’t think there is anything different in the games that we are going to play. It is going to be tough for everyone and teams are having issues health wise and many other reasons that take a player out. At least we have a bit of depth in our team but the matches that we are going to play in this cycle are very challenging but it is the matches that we want to play so that you are clear of these opponents afterwards. We are looking forward to making sure that we do well and possibly achieve the desired targets.”