'I obviously have a lot of ambition of wanting to win trophies,' said Daniel Cardoso. 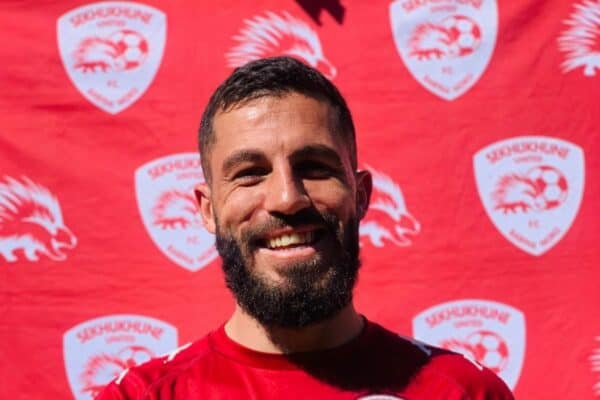 Former Kaizer Chiefs defender Daniel Cardoso says he has not won any trophies in his career and and is now looking to change that with his new side Sekhukhune United.

The defender was unveiled as a Sekhukhune player this week, joining the club after he was released by Chiefs. Cardoso has great ambitions for himself and Babina Noko – the defender’s eagerness for silverware seems to be what will be pushing him at his new club.

ALSO READ: Moriri expecting a ‘humdinger’ against Pirates in the Diski Shield

“I see they (the club) have a lot of ambition with all of the signings they have made, I am grateful to be part of this journey,” said Cardoso.

“I obviously have a lot of ambition of wanting to win trophies, unfortunately I haven’t won any. I hope I can bring the club some trophies in the future with my teammates. I think it is about a team effort, and obviously individual brilliance,” said the defender.

“I hope I can put in my contribution and help the youngsters as I am one of the senior players. I will be guiding youngsters in terms of coming up and giving them a bit of inspiration and helping their game. I think with my leadership skills I can help quite a few of them (youngsters).”

Cardoso believes the club is also capable of fighting for a top four spot in the DStv Premiership table next season.

“My long term goal is to see the club finish in the top four in my first season. There are (also) few trophies during the season (to fight for), so, hopefully we can bring one of the first to Sekhukhune.”