'Gabuza is keen to move to AmaZulu,' a source told Phakaaathi. 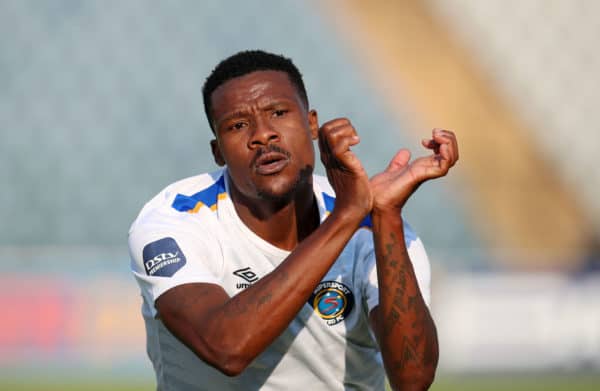 Phakaaathi has been reliably informed that AmaZulu are interested in signing SuperSport United striker Thamsanqa Gabuza.

A source claims that Gabuza, whose contract with SuperSport United is set to expire in June next year, is keen to move down to Durban, but is waiting for Matsatsantsa to indicate if whether or not they are keen to keep him or not.

“Gabuza is keen to move to AmaZulu, but he is waiting for his ‘agent’ Dr Irvin Khoza to tell him if he must move or stay with SuperSport,” said the source.

The source further revealed that SuperSport want to offer Gabuza a two-year deal, but the striker will wait until January to decide if whether or not to sign it.

“He wants to see what AmaZulu put on the table before deciding his future. Remember that at his age, this could be his last contract and he will take what he considers as the best deal,” commented the source.

Gabuza, who hails from Newcastle in KZN, started his Premier Soccer League career at Golden Arrows, before moving to Pirates in 2013. He joined SuperSport in 2019.