‘Family man’ Phungwayo not guilty of any crime, claims ex-teammate

Phungwayo was arrested for allegedly been involved in robbery and theft. 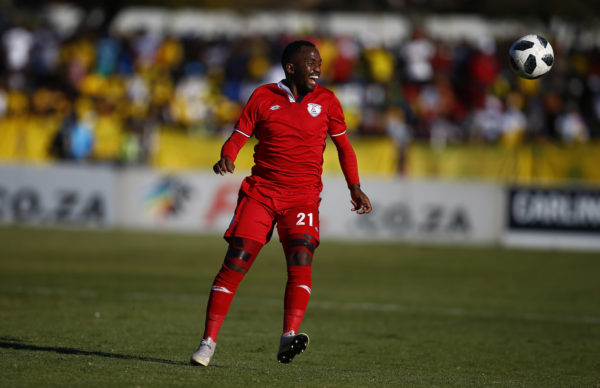 Patrick Phungwayo was arrested for allegedly being involved in robbery and theft. (Photo by Steve Haag/Gallo Images)

A close friend and former teammate of arrested former Orlando Pirates and Free State Stars defender Patrick Phungwayo is adamant that the defender is not guilty and just unfortunate to have been caught in a messy situation.

The former Pirates, Bidvest Wits and Free State Stars defender was apprehended by the police for allegedly having been involved in robberies and theft in Johannesburg last week along.

“This is not ‘Boca’, if you know him you would know that he is definitely not the type of person who would get into such criminal activities, or any sort of criminality. I think there is a good explanation to all these accusations because he is a family man. He has a wife and a kid, he would not jeopardise his family for all these crimes he is being accused of.

“I see a lot of people on social media and other newspapers saying that he doesn’t have money and that he is broke, but there is no such thing. He is still financially stable. He is able to take care of his family and he is surviving well. I just want to see this thing over because it has really portrayed him as a bad person. But, if there is one thing that I am certain about is that he is not guilty” said the source close to Phungwayo.