Arjen Robben has admitted that Bayern Munich are some way from their best form as they head into what he says is a must-win game for the Bundesliga champions at Freiburg on Saturday. 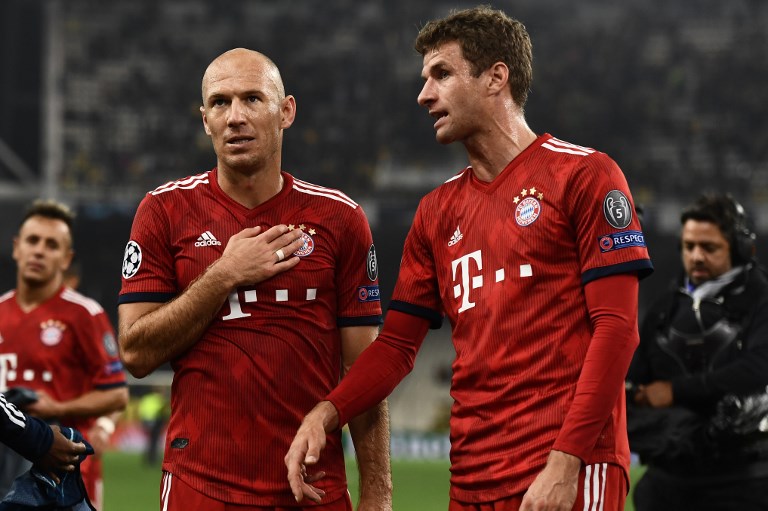 The Dutch winger said that he and his team mates needed to be “self-critical” as they bid to return to the top of the Bundesliga this weekend.

Bayern are two points behind leaders Borussia Dortmund, who have been plunged into an injury crisis ahead of a tricky trip to Wolfsburg, and have the chance ot overtake Dortmund ahead of their face-to-face next week.

Elsewhere, Bayer Leverkusen are looking to continue their explosive return to form against Hoffenheim, while Stuttgart coach Markus Weinzierl is hoping to shake off comparisons with the Bundesliga’s worst ever team.

Here are five things to look out for in the Bundesliga this weekend.

Bayern Munich may have won their last four games, but both coach Niko Kovac and his players know that they need to improve when they host Freiburg on Saturday.

“We’re not playing our best football at the moment,” Arjen Robben told Amazon Music this week, after watching his teammates labour to a 2-1 cup win over fourth tier side SV Roedinghausen.

“We need to win against Freiburg, maybe we can take another step forward and gain confidence before we play Dortmund the week after.”

Kovac will have to do without in-form midfield maestro Thiago, who tore an ankle ligament against Roedinghausen.

Leaders Borussia Dortmund, meanwhile, are facing a defensive crisis as they look to keep Bayern at bay with a win in Wolfsburg.

With Manuel Akanji, Lukasz Piszczek and Marcel Schmelzer all out injured, things went from bad to worse when Abdou Diallo limped off the field early in Dortmund’s 3-2 cup win over Union Berlin on Wednesday.

Raphael Guerreiro is set to take Diallo’s place in defence, while up front, Mario Goetze has also been ruled out with bronchitis.

Julian Brandt has said that he and his Bayer Leverkusen team mates have gone from boys to men in the space of a few days.

In full-blown crisis this time last week, Leverkusen look a side transformed as they prepare to host Hoffenheim, having chalked up a 6-2 win over Werder Bremen and a 5-0 thrashing of Borussia Moenchengladbach in the last few days.

“We couldn’t have even dreamed of this a week ago,” said Brandt. “At the beginning of the season, we were playing like children, we were naive. Now, the little kiddies have grown up.”

Leverkusen face a Hoffenheim side reeling from a cup exit to Red Bull Leipzig in midweek and with one eye on a crucial Champions League clash with Lyon on Wednesday.

Fresh from their cup win over Hoffenheim, RB Leipzig will be hoping to extend their unbeaten run to ten games when they head to top six rivals Hertha Berlin this week.

Leipzig’s last defeat came against Red Bull Salzburg back in September, and they have not lost in the league since the opening day.

Yet Leipzig face a tough Hertha side who are level on points with them and are unbeaten at home this season. “I think we have a big chance to win this game,” said Hertha coach Pal Dardai.

New coach Markus Weinzierl will be hoping to reboot his two-week-old reign at Stuttgart with a win against Eintracht Frankfurt on Friday.

Weinzierl began life at Stuttgart with two 4-0 defeats, the worst start any Bundesliga coach has made since 1966, when Tasmania Berlin lost their first two games under Heinz-Ludwig Schmidt, 4-0 and 5-0.

Tasmania went on to become the worst team in Bundesliga history, losing 28 games and conceding 108 goals on their way to relegation. For Weinzierl and Stuttgart, the only way is up.