'To the fans I'm sorry for the upset that I've caused', Lukaku told the Chelsea website. 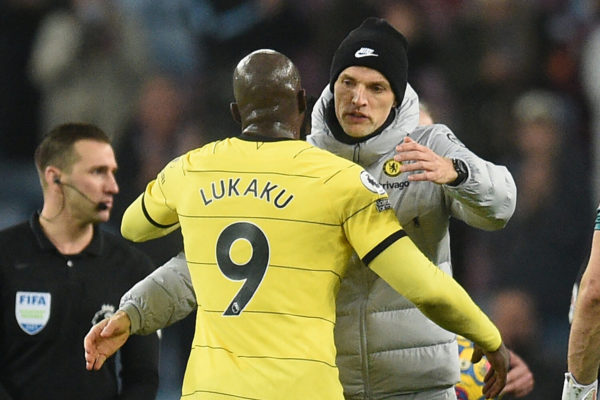 Chelsea striker Romelu Lukaku has apologized for his recent comments on being unhappy on his second spell at Stamford Bridge. Picture: Oli SCARFF / AFP.

Chelsea forward Romelu Lukaku says he is “sorry” after saying he was “not happy” at the club under manager Thomas Tuchel.

READ ALSO: Egypt will lean on Salah at African showpiece

Tuchel then dropped the 28-year-old, who has suffered from injury and Covid-19 this season, for Sunday’s draw with Liverpool.

“To the fans I’m sorry for the upset that I’ve caused,” Lukaku told Chelsea’s website.

“Obviously it’s up to me now to restore your trust, and I’ll do my best every day to show commitment on the training ground and in games to make sure we win games.

“And also to the manager, my team-mates and the board, I apologise, because I think it was not the right moment, also.

Chelsea paid £98 million ($132 million) for the ex-Manchester United attacker, who spent three seasons at Stamford Bridge earlier in his career.

Lukaku told the Italian broadcaster he wanted to return to Inter Milan.

“I think I should have been much clearer in my message to be honest,” said Lukaku.

“The interview was about saying goodbye to the Inter fans, it was not about trying to disrespect the (Chelsea) fans, the football club, the owner, my team-mates, the technical staff.

Earlier in the day Tuchel said he had accepted an apology from Lukaku and the striker was available for Wednesday’s League Cup semi-final first leg against Tottenham.

“First of all we were even in the background happy that we took the time that it needed to look calmly on it and talk calmly,” Tuchel told a pre-match news conference.

“He apologised and is back in the squad for today’s (Tuesday’s) training.”

“He did not do this intentionally to create noise in front of such a big game. And it’s the very first time he has behaved like this.”

Tuchel tried to put the interview in perspective by saying: “It’s not that big as maybe people want it to be, but it’s also not small.

“But it is small enough to stay calm, accept an apology and to move on forward. He’s very aware of what happened and what he created and he feels the responsibility to clean the mess up.

“Maybe we will have a bit of smell still from it, of course. He can handle it, but he also has no other choice. He cannot expect everybody to be super happy the very next day.”