Captain Scott Barrett described the victory as "awesome" and credited the defence for shutting out the Chiefs. 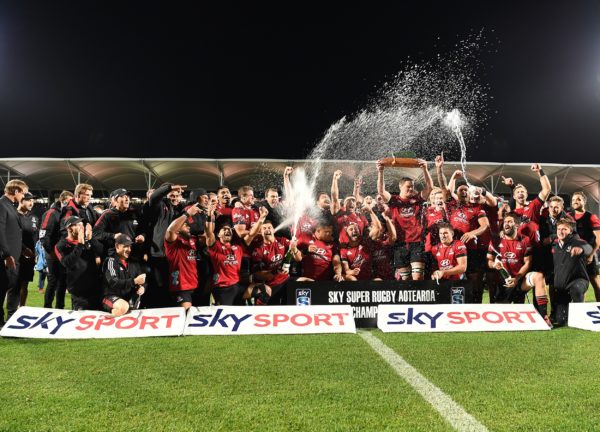 The Crusaders, winners of their Super Rugby Aotearoa competition, will be the favourites in the new Super Rugby Trans-Tasman Tournament also featuring the Australian sides. Picture: Getty Images

A Richie Mo’unga masterclass saw the Canterbury Crusaders overcome two yellow cards to defend their Super Rugby Aotearoa crown with a 24-13 victory over the Waikato Chiefs in Christchurch on Saturday.

For a period in the second half when the Crusaders were defending a narrow 15-13 lead, they were down to 13 men, with All Blacks Codie Taylor and Sevu Reece in the sin-bin.

But flyhalf Mo’unga, whose footwork had baffled the Chiefs through much of the match, refused to be flustered as he produced raking touch finders to force them back and extended the scoreline with a drop goal and a penalty.

By the time the Crusaders were back to a full complement of 15 they were 21-13 ahead with 12 minutes to play and Mo’unga added a further penalty to settle the score.

“I was as nervous as I’ve ever been in the box, it was very tight,” said coach Scott Robertson as his Crusaders produced their fifth consecutive Super title under his reign.

“Thirteen men, they (the Chiefs) had all the momentum, they were winning the air battles, we just couldn’t get territory and we had a couple of big scrums, a couple of really big moments and Richie Mo’unga.”

Captain Scott Barrett described the victory as “awesome” and credited the defence for shutting out the Chiefs.

“This group of boys don’t need much  motivation. They’re so driven and keep striving to be better. Richie and the backs put us in the right area of the field and we let our defence do the rest,” he said.

In a clash of Test match intensity before a sold-out crowd of 17,400, Mo’unga scored 14 of the Crusaders’ points, while Damian McKenzie was the sole scorer for the Chiefs.

It is the Crusaders’ second crown in two seasons of the New Zealand competition, to go with their 10 titles in 24 years in the multi-national tournament.

For the Chiefs it was a disappointing end to what had been a stunning turn-around to make the final after losing their first two matches and captain Brad Weber said he had dreamed of claiming the title.

Mo’unga “is the linchpin of that team and he’s been in outstanding form all year and obviously I’m devastated,” Weber said.

“We threw everything at it and just weren’t good enough. The Crusaders were incredibly clinical, even with guys in the bin, and their set piece was too good.”

An intercept by Ethan Blackadder rescued the Crusaders when they were defending desperately and sparked a counter attack which paved the way for the Crusaders’ first try by Reece six minutes into the game.

After a McKenzie penalty for the Chiefs, a David Havili chip kick produced their second try to Will Jordan.

The Chiefs were down 12-3 when McKenzie scored from an innovative lineout drive which most of the backs joined before the ball went wide for the elusive fullback to score in the opposite corner.

A McKenzie penalty after 59 minutes narrowed the gap to two points before Mo’unga’s boot wrapped up the game for the Crusaders. 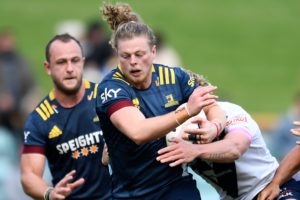 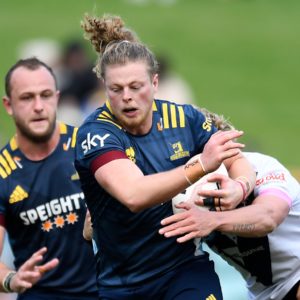 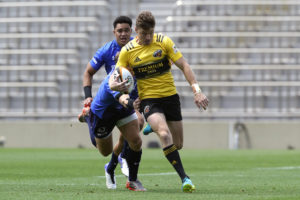 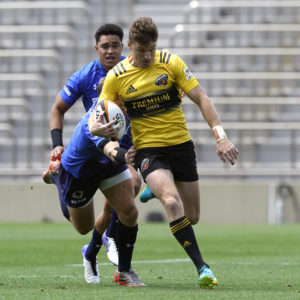