South Africa's tennis kingpin was outclassed in the US Open final against Rafael Nadal but he's hardly downbeat. 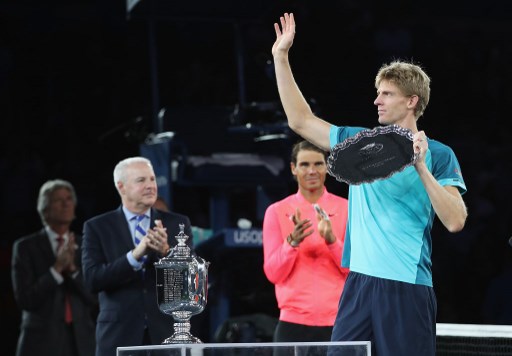 Kevin Anderson’s breakthrough run at the US Open was brought to a crashing halt by world No 1 Rafael Nadal in the early hours of Monday morning, but the South African was nonetheless rewarded for his efforts over the last fortnight at the US Open.

Nadal secured a 6-3 6-3 6-4 victory in the final, preventing Anderson from becoming the first SA player to earn a singles title at Flushing Meadows.

“I’m obviously very pleased to make my way through to the final and have that experience,” Anderson said.

“Only a few players get that chance, but it’s very tough.

“To step out on court against Rafa, I learned a lot of lessons. It was a difficult match against somebody who has been on that stage over 20 times before.”

While he lost to the Spanish giant, however, with Nadal earning his 16th Grand Slam title by lifting the US Open crown for the third time, Anderson rocketed up the world rankings following his dream run.

The 31-year-old player climbed 17 places to 15th in the ratings list, as he approached a top-10 ranking for the second time in his career.

He also earned R23.6 million in prize money for his efforts.

“There were a few things I needed to have done better (against Nadal),” Anderson said.

“Obviously I had my work cut out for me, but I think overall it’s been a very positive two weeks for me.”