All hope isn't lost in KwaZulu-Natal tourism after the unrest. Time magazine views the province as one of the 'greatest places' in the world. 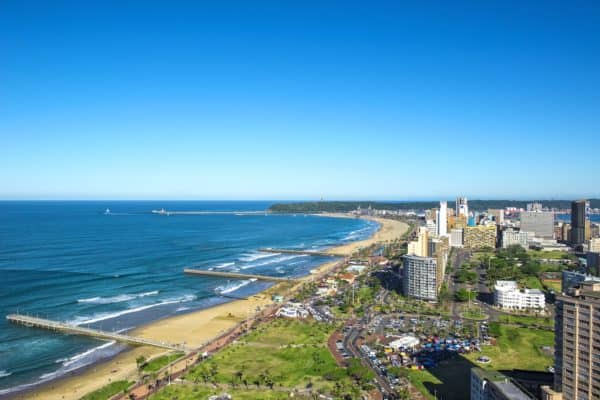 South Africa’s landscape and beaches are still being heralded as one of the best in the world despite the turbulence and unrest seen in KwaZulu-Natal (KZN) and parts of Gauteng last week.

Local tourism has always been held to a high standard by international tourists and Time magazine naming KZN one of the Greatest Places To Visit 2021 proves this.

Other places on the list are Cannes, France; Arouca, Portugal; Marrakech, Morroco; Costa Rica, Seattle in the United States and Desaru Coast, Malaysia.

Describing the coastal province as “eye-poppingly beautiful” for its surfable beaches and world-heritage-class parklands and of course its warm weather.

The article also mentions that Club Med – a luxury travel and tourism operator – is planning have its first South African resort on the Dolphin Coast, near Durban.

READ NEXT: Domestic travel on the rise thanks to lockdown

However, during the current climate outside the pandemic, Time doesn’t mention the events that transpired last week in KZN.

Widespread protests and looting followed Jacob Zuma’s incarceration. It would later turn to acts of violence due to the socio-economic factors in SA.

Local tourism has taken a big dip due to the restrictions, travel bans and fears of the virus. But locals are starting to see their own country in a new light.

Searches for domestic travel options and affordable travel deals are up by 22% since the start of lockdown. Cheapflights believes the data in June shows a promising future for domestic tourism.

But some experts say the industry has a bleak future, especially after the unrest.

CEO of the Tourism Business Council of South Africa (TBCSA), Tshifhiwa Tshivhengwa, said that the unrest could not have come at a worse time as the industry was already on its knees.

UK, US and EU countries are all critical to South Africa’s inbound tourism and the “bad coverage” of last week didn’t help.

SA unrest: More than 12 instigators expected to be arrested, says Cele
1 month ago
1 month ago

SA unrest: More than 12 instigators expected to be arrested, says Cele
1 month ago
1 month ago