It will take some R50 billion worth of sacrifices by the government to make it possible. 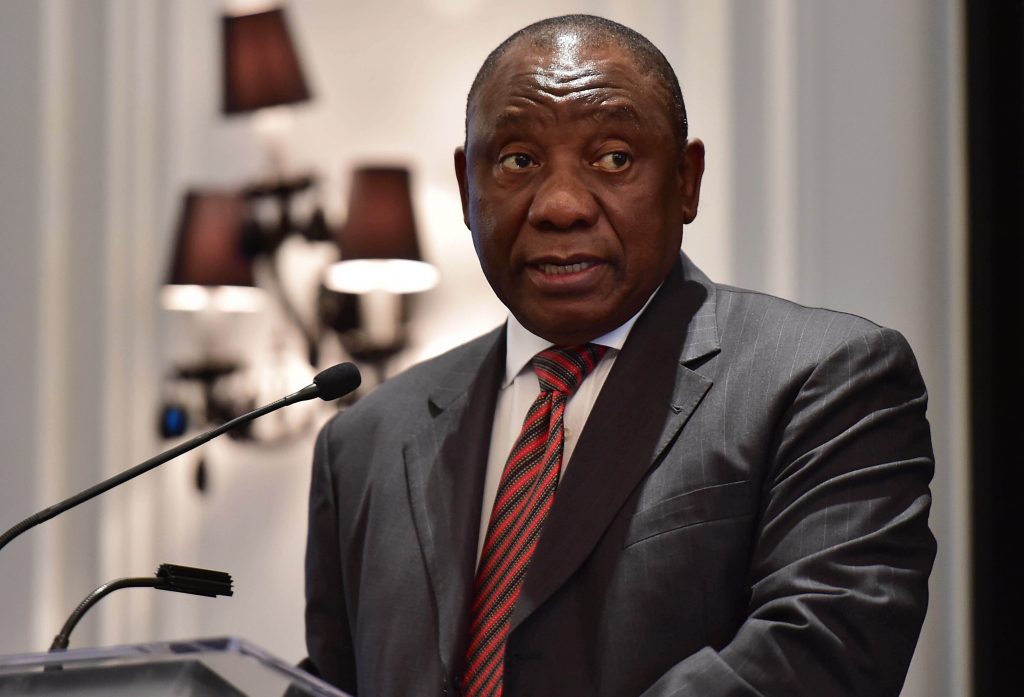 President Cyril Ramaphosa has unveiled a government-led infrastructure spending plan that is intended to attract investments from the private sector and stimulate the struggling economy at a time when there is no fiscal room to do so.

Ramaphosa’s proposal has been in the making since July, when the ANC resolved at a cabinet lekgotla to introduce a fiscal stimulus package to support an economy that has now slipped into a recession and expected to grow by less than 1% in 2018.

Ramaphosa, whose presidency since February has been centred on growing the economy and rooting out corruption, says the infrastructure plan will focus on the roll out of projects worth R400 billion.

These projects, which have already been identified in the government’s fiscal framework, will be rolled out over the medium to long term. Some of these infrastructure projects are already led by the government through state-owned enterprises, which have on-going roads, dams and public transport network projects.

His infrastructure plan has already received the stamp of approval from the IDC, which plans to extend R20 billion worth of funding in the next 20 months.

In recent years, National Treasury has cut infrastructure spend to redirect money to fee-free higher education and to offset low revenue collection. Treasury figures show that the budget for municipal infrastructure, housing, and school building was cut by R46.6 billion in the 2016/17 fiscal year, and R48.3 billion in 2018/19.

“The true test will be how much of the infrastructure plan Ramaphosa will be able to implement, how quickly it can be implemented and whether we can get economic growth from it,” says Citibank economist Gina Schoeman.

“We need to stimulate the economy by increasing business confidence, certainty and by getting the private sector to invest.”

The rest of the plan

Other initiatives that form part of the stimulus package include reprioritising government’s budget to support emerging farmers in the agricultural sector; revising the mining charter; the release of radio spectrum; easing of visa regulations to boost the tourism sector, and expanding government’s procurement from small businesses.

In other words, these initiatives will be funded from the existing budget envelope with R50 billion already being identified by the government. More details on how the government will reprioritise its spend will be unveiled at the Medium-Term Budget Policy Statement on October 24.

Ramaphosa’s focus on reprioritising spend will be budget neutral, meaning it won’t require increasing SA’s already high debt levels to fund the stimulus package. “This is a positive move. The stimulus package would have been a lot worse if we threw money at other problems when the real problem is inefficiency in the state,” says Schoeman.

SA doesn’t have any additional money to fund new and productive initiatives to stimulate and revive economic growth. Its biggest challenge is the high debt levels, which is at more than 50% of GDP.

Another problem is that Treasury is facing a R48.2 billion revenue gap in the 2017/18 fiscal year and possibilities that South African Revenue Services might miss its R1.34 trillion tax collection targets for the 2018/19 fiscal year looks precarious.

Without meaningful economic growth, a serious effort to stabilise government debt and spending, any attempt to introduce stimulus measures to the economy will likely be undermined.

But as with dealing with rampant corruption in SA, Ramaphosa is asking for time before the economy starts kicking into gear through his stimulus package.