Eskom won some, but also lost some according to its annual results. 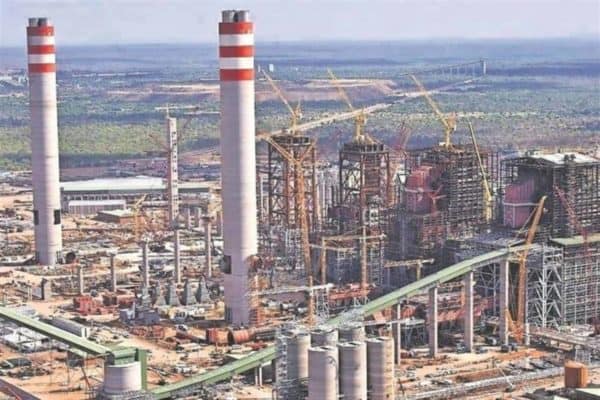 Eskom’s annual results show that it has less debt, but still owes R401.8 billion. The utility company has been able to reduce its gross debt by R81.9 billion, a reduction of 16.9% and believes that it is on course to achieve financial and operational stability through prudent management and implementation of its turnaround plan.

With its debt remaining unsustainable, Eskom attracted a net finance cost of R31.5 billion, which turned its operating profit of R5.8 billion into a loss of R18.9 billion after tax. The company achieved operational cost savings of R14.4 billion, against a target of R14.1 billion.

While sales volumes were down, primary energy costs still increased by 3.4% to R115.9 billion, with normalised operating costs increasing by 1.6%, according to Eskom’s annual results.

“Just like the overwhelming majority of South African businesses, Eskom was not spared the worst effects of the COVID-19 pandemic. The slowdown of economic activity due to the pandemic led to an unprecedented decline in sales, which fell 6.7% from the previous year.

“Operationally, however, every crisis does bring with it an opportunity and in this case Eskom used the unfortunate lower demand presented by the lockdown to conduct much-needed maintenance at some of our power stations,” De Ruyter said.

Eskom’s revenue increased to R204.3 billion from R199.5 billion the previous year, mainly thanks to an 8.76% annual increase in the electricity tariff during the period, offset by a reduction of 6.7% in sales volume.

De Ruyter pointed out that there was a notable improvement in transmission and distribution network performance although high levels of asset vandalism, equipment theft and overloaded networks continued to increase breakdowns and maintenance costs which limited return on investment and posing a safety risk.

He said Eskom’s long-term objectives of achieving operational and financial sustainability depend on the successful implementation of the turnaround plan which is overseen by a diverse executive committee that focuses on operations recovery, improving the income statement, strengthening the balance sheet, driving business separation and bringing about a winning, can-do culture.

The build programme is progressing well although it recently suffered a serious setback with the explosion at Unit 4 of Medupi Power Station. Two units at the Kusile Power Station achieved commercial operation, adding installed capacity of 1 598MW to the national grid. Eskom is also working on the challenges at Kendal Power Station.

Calib Cassim, chief financial officer of Eskom, said the strengthening of the Rand had a significant positive impact on the company’s results for the year, but that its liquidity remained a concern due to the high cost of servicing the outstanding debt, working capital requirements, escalating municipal arrear debt of about R39 billion and sub-investment grade level credit ratings.

Outstanding municipal debt rose by 26% to R35.3 billion and Eskom is working closely with the Political Task Team led by the Deputy President, while also pursuing active partnership agreements with some municipalities to stop the spiral in outstanding debt.

“Cost savings alone is not a solution. Eskom’s capital position must be resolved. Cost-reflective tariffs and resolving the municipal arrear debt are required to achieve the successful implementation of Eskom’s turnaround and to ensure long-term financial sustainability. For its part, Eskom continues its concerted effort to reduce the debt and to improve gearing,” said Cassim.

Eskom has so far secured R16.2 billion of its R41.6 billion funding requirement for the 2022 financial year.