In memes: Uyangthanda Na hopeful wants to snatch another woman’s man on TV

Last night's lovestruck contestant insists her love interest will 'change his mind', and she'll wait for him when he’s done with his current woman. 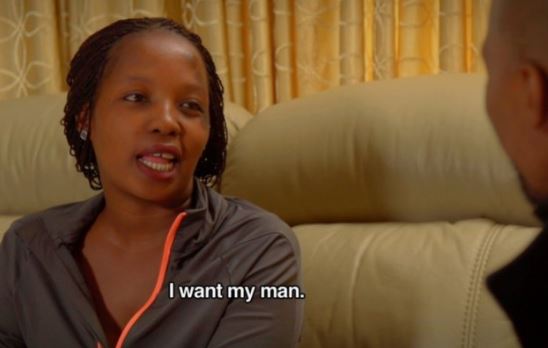 Mzansi Magic’s new exciting show, Uyangthanda Na, aims to help people to open up to that one person they are crazy about.

The show, which started last month, gained a lot of attraction from social media users upon its debut on the channel. Wednesday evening’s episode got Twitter talking after the determined Dineo Xabawa asked her crush, Sandile, who has been in a relationship for three years, to pick her over his current partner.

Dineo knew Sandile was in a relationship, but took the risk and asked him out anyway. Sandile blatantly told Dineo he wasn’t interested and that there was another girl in his life.

Dineo said: “We will see where the relationship takes us,” suggesting that she was willing to wait until her crush broke up with his girlfriend, shocking viewers.

“He’ll change his mind, I will wait for him when he’s done,” she said.

Twitter got talking about how unashamed Dineo was for pursuing someone who was already in a committed relationship.

#Uyangthandana behind his back "stina ke bosso" in front of his face "ok I can respect that (you're in a relationship with her)" pic.twitter.com/EbIdxh8EbY

Lmao nkosi this girl is going to destroy a 3 year relationship #Uyangthandana pic.twitter.com/vx9wvYOMq2

#Uyangthandana you know there's a chance that stina has already been laid pic.twitter.com/gLX1w9mdNs

'uThando Nes'thembu': 'What Musa is doing to MaKhumalo is emotional abuse'
9 hours ago
9 hours ago

'uThando Nes'thembu': 'What Musa is doing to MaKhumalo is emotional abuse'
9 hours ago
9 hours ago