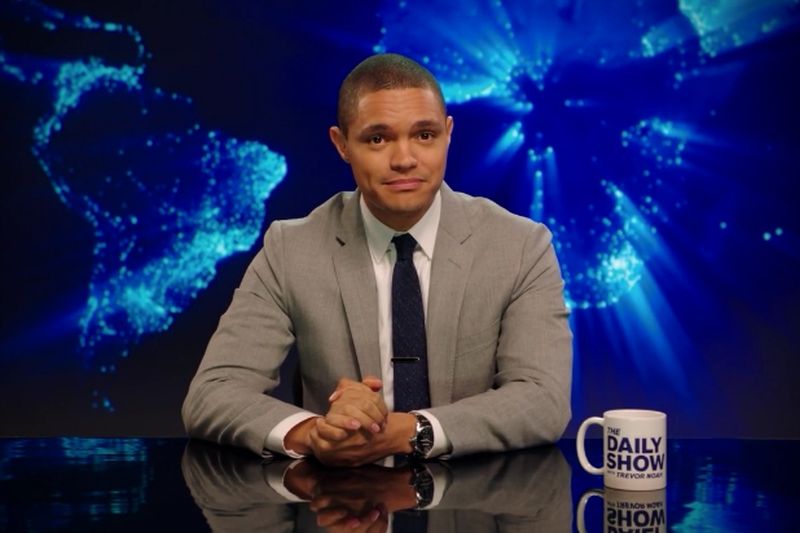 The Daily Show with Trevor Noah.

Trevor Noah didn’t hold back on the shade when he questioned Melania Trump’s visit to Africa to raise awareness about cyberbullying.

Melania jetted into Ghana earlier this week where she visited a babies’ clinic and spoke about the dangers of cyberbullying. She will be on the continent for a week and will be visiting three other countries.

Thank you #Ghana! The arrival ceremony, visit to Ridge Hospital, tea at the Jubilee House & meeting the hard workers at the U.S. Embassy made for an amazing first day. Thank you to @RAkufoAddo & the people of #Ghana for such a memorable visit. pic.twitter.com/BCSqgCyGOM

Trevor said that he thought that her topic of choice was odd considering that many parts of Africa still struggled with even getting internet access.

“She’s going to Africa to fight cyberbullying. The only issue is that most people in Africa are still waiting to get cyber. So, I mean,” he said on The Daily Show.

Trevor also suggested that Melania was going against Trump’s view that African countries are “s**tholes”.

BBC reported that Melania decided to come to Africa because she’s never been before and because of the rich culture.

“She is interested in Africa because she has never been before and knows that each country will have its own unique history and culture,” her communications director Stephanie Grisham said.