These young authors first novels became a success upon publishing that most of them released more children's books in their book series. 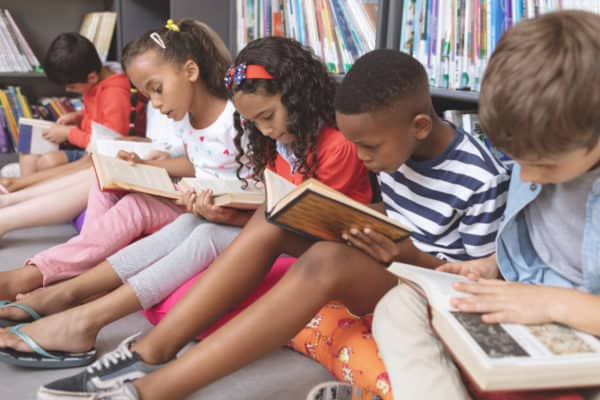 Getting your children into the habit of reading from a young age can be a challenging and tedious task, however, children have been proven to enjoy reading material created for their specific age groups.

Here is a list of children’s books that have been written by children:

Conspiracy of Calaspia was written by the Guptara twins, Jyoti and Suresh, when they were 11 years old. The novel became the number two best-seller in India,

The blurb of the novel reads: “Set in a medieval parallel world, the saga follows the adventures of Bryn Bellyset, heir to a financial empire that brews Calaspia’s most popular drink, Swigny. Instead of living it up, Bryn finds that he must fight Insanity, a corruptive force that originates in the Invisible World.

“When his village is destroyed by creatures presumed to be extinct, Bryn is thrust into a world of political intrigue that leads him to the realisation that they must fight not mere monsters, but the monster within humankind.”

How To Talk To Girls

Alec Greven wrote How To Talk To Girls when he was just nine years old. He appeared on The Ellen DeGeneres Show, Late Night with Conan O’Brian and The Tonight Show with Jay Leno for his novel which became a success.

Greven wrote this book after he realised that the bigger kids in school were having some trouble trying to approach girls.

“Are you smart enough to take over a girl’s heart? Leave it to a nine-year-old to get down to the basics about how to win victory with a girl. How to talk to girls is for boys of all ages—from eight to eighty—and the girls they like.”

Juliette Davies wrote the first book of the JJ Halo series when she was eight years old. The novel was published a year later.

“The books chronicle the adventures of a tweenage spy, her friends, parents and pets.

“While the protagonist shares the same name as the author, the account is not autobiographical but rather the relationship takes the form of an alter ego.”

Do Hard Things: A Teenage Rebellion Against Low Expectations

Do Hard Things was written in 2008 by Alex and Brett Harris, who were 19 years old at the time.

“The novel is a popular Christian book. In it, the Harris brothers attempt to ‘explode the myth of adolescence’, and show that prior to the 20th century, a person was an adult or a child.

“The book challenges teenagers to go beyond their comfort zone, and, in essence, ‘do hard things’.”

In The Forest Of The Night

In The Forest Of The Night was written by Amelia Atwater-Rhodes when she was 13 years old. Amelia’s first novel became such a success that she went on to release five more books in her Den of Shadows book series.

“By day, Risika sleeps in shaded room in Concord, Massachusetts. By night, she hunts the streets of New York City. She is used to being alone.

“Three hundred years ago she was human. Now she is a vampire, a powerful one. But her past has come back to torment her.”

Christopher Paolini is the author of Eragon. He graduated from high school when he was just 15 years old, and then began his writing career soon after.

Eragon was published when he was 18.

“When Eragon finds a polished blue stone in the forest, he thinks it is the lucky discovery of a poor farm boy; perhaps it will buy his family meat for the winter.

“But when the stone brings a dragon hatchling, Eragon soon realizes he has stumbled upon a legacy nearly as old as the Empire itself.”

“Drabville is a model town, where Milli Klompet lives with her slightly offbeat family and spends her time longing for adventure.

“Then one day, along with her cautious best friend and amateur geologist, Ernest Perriclof, Milli discovers ‘Hog House’.

“But the afternoon’s entertainment takes a different turn when the they are held prisoner by the wacky Mr and Mrs Mayor and a cohort of evil magicians, led by the sinister Aldor.

“Aldor is eagerly anticipating the Great Guzzle- a horrifying ceremony during which he plans to swallow the shadows of every citizen in Drabville, absorbing their skills and talents and rendering himself invincible.

“Milli and Ernest must evade the Shadow Keepers and outwit the sinister Aldor before the shadows are swallowed and Drabville loses its soul forever!

“Pandemonium ensues at the Great Guzzle when Milli and Ernest take on the forces of evil in a food fight of epic proportions, releasing the shadows and restoring individuality to the citizens of Drabville once again.”