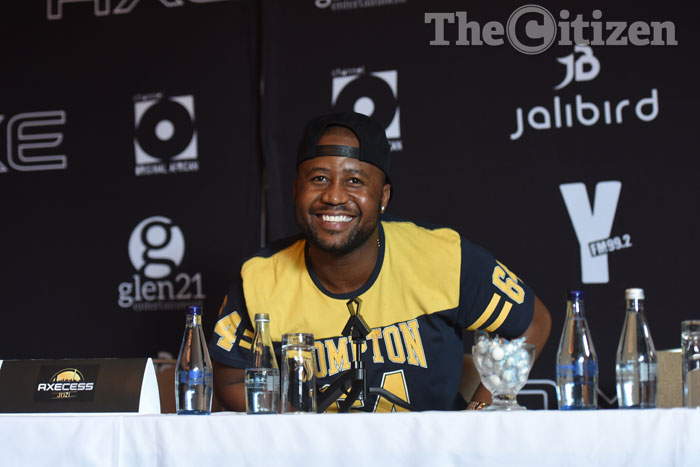 The hip hop giant’s venture is in partnership with AG Mobile and MTN and took place today at MTN’s Head Office. “I used to dream about days like these. Today I launch my cellphone with AG Mobile,” the rapper captioned one of his recent Instagram pictures, adding that later on he will be flying out, to ‘headline’ his first show in America.

According to Zalebs, AG Mobile said that Cassper played an integral role in the design, development, and specifications of the mobile phone, but fans express mixed emotions about the project, with some loving its red colour and others asking the rapper why he encourages people to buy the phone while he apparently still uses an iPhone.

Nonetheless organisers confirmed that the official launch of the device will take place in May, so enthusiastic fans will have to hold their horses a little bit longer.

Here is what tweeps had to say about his achievement:

Jubilant that Cassper has launched his own mobile phone. Just hope its battery isn't Made In China/Japan #CassperPhone

If the phone was done by an American y'all wud applaud but cos its an African artist u hate?? See y we dnt grow as Africans? #CassperPhone

ICYMI: Everything you need to know about the #CassperPhone and Pre-Orders are open! https://t.co/JAq0FwnZwt pic.twitter.com/Md5G9romaQ

I don't understand how people can trash someone who's winning in life, get your own life together, learn from the dude #CassperPhone

If you do not applaud. There is something very wrong with you..and God will never bless u with such jealous #Respect #CassperPhone

Im not his fan but I have to admit the guy is slaying..umona phantsi #CassperPhone

I'm looking for Technical Specs for this #CassperPhone. I see NONE! All I see is casper GLORIFICATION! I won't fall for that @agmobileafrica

I've been telling people that @CassperNyovest is a business man! #CassperPhone

I hope old guys who keep on dissing Cassper have not forgotten that this kid was born on 16 December 1990, only 25 years old #CassperPhone

The #CassperPhone is red. Members of the EFF are gonna love it.