The artist is working on a reality show, new album and he has a single out. 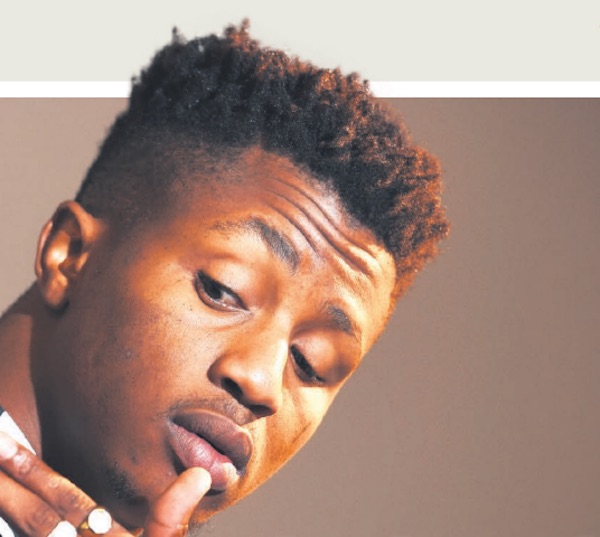 Buttoned all the way to the top of his black and white polka dot shirt, with multiple chains around his neck and a number of sparkly rings on his fingers, hip hop star Emtee embodies what most regard as a true hip hop culture.

“Music has changed my life,” he says, indicating clearly that the interview has started and the sunglasses he was wearing were staying on despite being indoors.

“It was a cure for whatever I was facing. Music has always been there.”

The artist says he doesn’t take his swift climb up the entertainment ladder lightly and appreciates the love the public has given him.

“I’m now able to make a living, support my child and family. It’s absolutely a blessing to be able to share my skill and realise that a lot of people are listening,” he says, adding that he even gets random messages of appreciation from people in countries he has never appeared in.

Emtee, who received his big break in the music industry when he released his splendid hit Roll Up, clarifies that the song was not even planned and wasn’t his favourite initially.

“I didn’t like the song after recording it and felt that it was weak. I wanted to add something to it, but my producer advised m e n o tto,” he says highlighting the close affiliation the two of them have built.

He says the controversial label he is a part of has made his dreams come true and he wouldn’t be where he is without it. He describes the relationship he has with the label as “a give and take” one.

“A mbitiouz Entertainment is like the only label I know that invests in South African hip hop this much, and seeing that I’m so involved in hip hop, not only musically but the whole culture, my contribution to the label is certified,” he assertively states.

“It’s a done deal. My contribution is a footprint that can never be erased. I’m Emtee the hustler and the label is Ambitiouz. It just makes perfect sense and it’s a perfect match,” he says.

“For me to feel that I belong elsewhere would just be me losing my mind because I’m where I’ve always dreamed to be.”

The multi-award winning star, who recently realised a single Ghetto Hero and is working on an album set to be out in spring this year, says his inspiration behind the single was the township.

“My music videos always have some township element in them. That is where I come from. In the song it was just me talking to my people; I was directing the song at South African kids.

“It’s been a while since music was directed to the hood,” he says. The Matatiele-born talent, who points out that “music is the most fluent language” he knows, says people can expect 20-plus songs on his upcoming album.

“I have worked with my producer and a lot of artists under my record label African Trap Movement (ATM), and featured most of them on different tracks. Right now I’m just trying to lay the seeds and let everyone eat.”

The rapper is also working on a reality show he explains will air soon on GauTV.

“In Rap for me I will have young upcoming artists auditioning to be part of the top 10 rappers. We have just started with auditions about a week ago,” he says.

Those who love the artist and follow him on social media can testify that there is no speaking to Emtee and not mentioning the close relationship the artist has with his son.

The rapper says fatherhood is extremely important to him.

“It teaches me to prioritise, be responsible, positive about life and always see the good in people,” he says, adding that he sometimes feels he was a father in his previous life.

WATCH: Somizi, Maps ‘fight’ over a bottle of champagne