The Country Girl hit maker says she is tired of the negative things said about her. 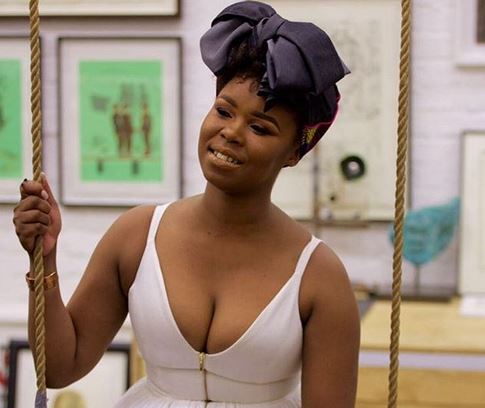 Singer Bulelwa ‘Zahara’ Mkutukana was not impressed with Somizi Mhlongo’s jokes about her at the South African Music Awards (Samas) on Saturday. The Country Girl hit maker was not in attendance, but she said upon her arrival from Swaziland, friends told her what Somizi had said about her, and now she is fuming.

Somizi, who made jokes about everyone, including his friend Khanyi Mbau and Babes Wodumo, told the audience Zahara was probably in attendance, as there was a free bar. He was referring to the rumours last year that Zahara was struggling with alcohol, with some reports claiming she had checked in to rehab.

Funny or not, Zahara does not think Somizi should have made such comments about her, and she is now threatening to sue him and the Samas.

“I only wish what I heard upon my return from Swaziland #BushfireFestival this past weekend about what Somizi said at the Samas is not true! Because if he did I am suing Somizi and the Samas for defamation of character. I am tired of this,” she wrote on Instagram.

Her fans were not impressed with her for “taking things too seriously”.

These were some of the comments on her post:

“Hi Zahara I was watching the SAMAs honestly what @somizi said was a joke he did it with many other celebrities like @babes_wodumo…. Dont take it personally he was just entertaining us and had no intention of destroying your character. God bless. @somizi loves you like crazy.”

“The minute you can concentrate on something else ppl will stop doing this things to u , you give them attention way too much , somizi made a joke even with other ppl don’t be so touchy they will always provoke you.”

“Hai suka you need to chill and work on your next song. We all know Somizi loves messing around. Just by the way,Somizi didn’t threaten to sue you when you called him out about walking away from Grace Bible church and preaching about how the bible is true and whatever but you wanna catch feelings?? Sit down please.”

Do you think Zahara is blowing things out of proportion?