DJ 1D's contribution to urban culture and South African fashion in the post-apartheid landscape has been honoured by many through tributes. 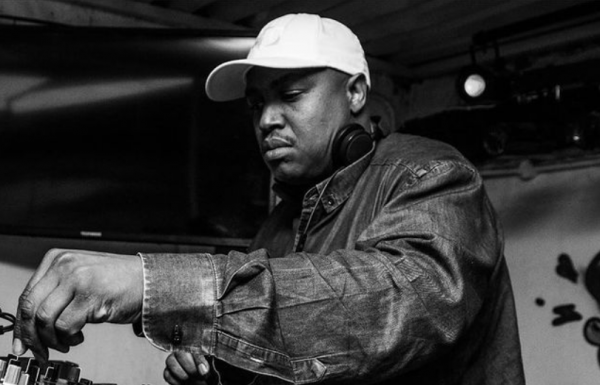 Tributes to Loxion Kulca co-founder and popular DJ Wandile “DJ 1D” Nzimande have been pouring in since news of his death broke on Kaya FM on Wednesday.

[A LEGEND HAS FALLEN] Today the Nzimande family confirmed the passing of legend, and our friend, Mzwandile Nzimande, you might know better as DJ 1D. RIP DJ 1D https://t.co/yeQOuoe0e8 pic.twitter.com/KIs8NSgD4M

At the time of his passing, Nzimande was a resident DJ at Kaya FM, in addition to his other obligations.

To date, however, Nzimande remained most popular for the role he played in co-founding streetwear brand Loxion Kulca (pronounced lokshin culture), alongside Sechaba Mogale.

The brand quickly gained popularity among South Africa’s youth at a time when they were just igniting their love for music genres such as hip-hop and kwaito, all while redefining the view around life in the township.

“I would work in the shop with the clothing. When we started in 1999, the hip-hop culture was big. We wanted to incorporate a bit of that into our own look,” said Nzimande in a past interview with Zeitz MOCAA, explaining his upbringing and how working with his mom, who sold clothes, inspired his own journey.

One of Nzimande and Mogale’s biggest motivations was the need to create affordable and workable clothes that would reflect the multiple cultures one finds in the townships, as well as the utility that is required from clothes.

They wanted to put value on the state of mind of working to feed the family and make it cool.

“A township person has many lives in a single day. It starts with travelling, so comfort is key, but then it must also be appropriate for work or for going out on Fridays – clothing must serve many lifestyles.”

Nzimande is also credited as one of the brains behind SABC 1’s Evolution of Mzansi Street Culture, which gave a look behind the history of the evolution of street culture in South Africa.

One of the most common things that stands out in all the tributes that have been posted about Nzimande is how personable he was and how he was always willing to help those who needed a leg up.

Nov 99 I met Wandile Nzimande outside @yfm studios in Betrams. Those days you could run into any of the pioneers of the post 94 youth culture movement in Betrams. When it came to street wear, @DJ1D and partner Sechaba were the leaders. Our friendship started that day. #RIPDJ1D

What sad day it is….woke up to the devastating news of the passing of Wandile Nzimande aka DJ1D, my friend and former colleague. He’ll always be remembered for his BIG dreams and even bigger heart, what a true legend he was. pic.twitter.com/i1C5bLGGyS

I wanna pay tribute to one of the kindest souls. It’s incomprehensibly sad that Wandile Nzimande is no more. He was a wonderful champ, always so constructive and I met him when I was still at Kaya FM, he was so generous and a fantastic DJ and I can’t believe it. Farewell champ ????

Details about his memorial service and funeral will be shared in due course.