Netflix's latest hit series Sex/Life has become the talk of the town and remains in the top 10 as fans beg for a second season. 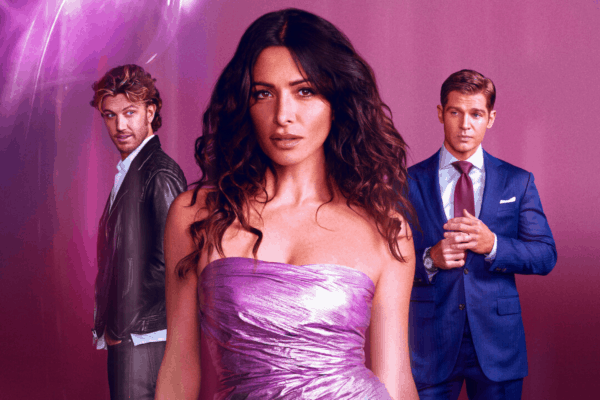 Just when you thought think Netflix couldn’t get any steamier than Bridgerton, they released the first season of Sex/Life, which has definitely changed the game.

Since its premiere on 25 June, the new romantic dramedy series has remained in the top 10 most popular titles on the entertainment platform in South Africa.

The hit series has had everyone talking about its eight steamy episodes, with each chapter of the story running for around 45 minutes.

Much of the demand grows from the fantasy fuelled by the ‘blast from the past’ that the main character Billie Connelly (Sarah Shahi) experiences when her sexy ex Brad Simon (Adam Demos) returns and crashes her domestic life as a married mother of two.

Since Sex/Life was released on Netflix earlier this month, it has become a huge hit, with fans are already wondering if there will be a second season.

ALSO READ: What you need to know about Netflix’s new mobile plan

What’s more, the racy drama has caused quite a stir among its viewers enjoying the incredibly steamy sex scenes on-screen, while some expressed their frustrations over Billie’s actions and life choices.

Meanwhile, in a thread, Netflix tweeted that there were a few scenes from the series that were so steamy they couldn’t post them online. However, the streaming platform revealed some of the raunchy script pages.

For those who have seen Sex/Life, it will come as no surprise that the chemistry between Billie and Brad goes beyond great acting skills, as they are actually a couple in real life.

Shahi posted a snap of the two of them on her Instagram account with a very heartfelt birthday tribute, where Demos commented; “My forever and more.. I love you so f***ing much my baby.”

Are you an aspiring filmmaker? Netflix wants to give you R1 million
1 day ago
1 day ago

Are you an aspiring filmmaker? Netflix wants to give you R1 million
1 day ago
1 day ago