Staying home this festive season? Here’s what you can watch on TV

If you're staying home while others are travelling this festive season, we've got your back when it comes to great stuff to watch on TV. 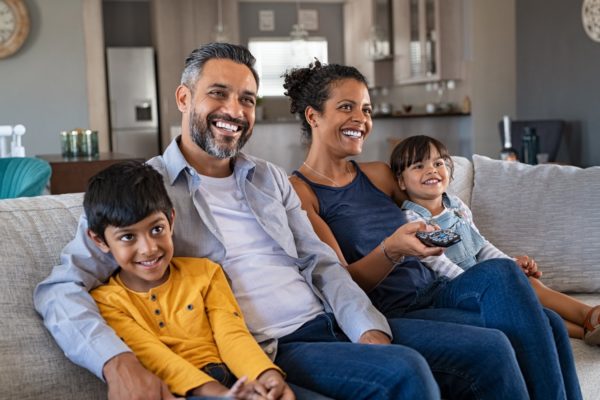 While most people have either locked in or are planning to lock in their holidays, others have set their hearts on spending it at home. In addition to days spent by the pool, around the braai and the kitchen, some time will also be spent enjoying some festive viewing on TV.

Pay-TV platform DStv is well aware of this and as such, they have added what they call the best shows, series and movies to their platform in an effort to help viewers “choose joy” this festive season.

This content will also be available on M-Net streaming service Showmax.

Additionally, fan favourites such as the new season of 90 Day Fiancé: The Other Way season 3, on TLC (DStv Channel 135), and Come Dine with Me: South Africa season 7 on BBC Lifestyle (DStv Channel 174) return.

What can I watch on TV this festive season?

A community group plans a Christmas show to save their local hall – but will things go as planned? Featuring David Isaacs and directed by Bianca Flanders of Troukoors (Wedding  Fever) fame.

Season’s Feelings – SAFTA-winner Jozua Malherbe teams up with Wonderlus producer Zandré Coetzer for an original holiday comedy that follows a group of outsiders as they travel to a Christmas party. Starring Natalie Robbie, Zandile Lujabe and Kiroshan Naidoo.

Asseblief & Dankie – A homeless woman saves the life of a wealthy CEO, and in an unusual moment of Christmas spirit, he invites her to recover in his luxury penthouse. He laughs off her claims to be from another world – until his own starts tipping over. SAFTA-winner Crystal-Donna Roberts stars with Laudo Liebenberg in this latest offering from Marche Media (Kanarie).

Love, Lies And Hybrids – Daniel is excited to surprise his fiancée Jessica during her stay at a mountain cabin, but when he gets there, he finds something more shocking than he could imagine. Starring Meghan Oberholzer, Shamilla Miller (The Girl from St. Agnes) and Alexander Maniatis. Love, Lies and Hybrids is directed by two-time SAFTA winner Amanda Lane (Is’thunzi, 4Play: Sex Tips For Girls).

Mina Nawe House, Season 2 – Moja Love has premiered its new reality show, Mina Nawe House, which sees five couples on the brink of breaking up moving into a house where they will attempt to salvage their relationships.

Gold Rush: White Water Season 5 – The Dakota boys return to the richest ground of their lives as Gold Rush: White Water gears up for Season 5 in Alaska’s remote Chilkat Mountains. This latest chapter makes way for fresh blood, new gambles, dangerous snowfalls and an unexpected announcement. As conditions threaten to derail the team’s season, their journey will become a battle between miners and Mother Nature.

90 Day Fiancé: The Other Way Season 3 – Americans move to a foreign country all in the name of love. Will uprooting their lives in the United States pay off, or will they be packing up and moving back home brokenhearted?

Come Dine with Me: South Africa Season 7 – One of Mzansi’s favourite social cooking shows, Come Dine With Me: South Africa, returns for its seventh season on BBC Lifestyle. The SAFTA-winning show follows four home cooks from different backgrounds as they meet new people and cook for guests they have never met. Each host cooks a three-course meal at their home, which will be judged by their guests and scored out of 10. The highest scoring cook walks away with R10,000 in cash. Come Dine With Me: South Africa will once again be hilariously voiced by legend Dave Lamb.

Serengeti II – The Emmy-nominated series is back to capture the dramatic and emotional stories of iconic savannah animals. In Serengeti II, we return to the unspoilt corner of Africa’s Serengeti for more real-life animal drama. There’s humour, heartbreak and nail-biting tension as new characters move in and familiar faces continue their stories.⁣ This time they are not only facing their own personal challenges: their whole world will soon be in crisis, too.

Something for the kids

Ghost Force – Ghosts exist! They are here, hidden in everyday objects, in an eternal slumber…

Three high school kids working as a team of superheroes, the Ghost Force, secretly fight against the ghosts that haunt their town in a wacky, comedic fashion. With their signature mischievous flair, the Force will use fright as fuel to increase their power and ability to affect the world around them. Our heroes put their daily lives on hold in order to ghost power up and restore the city to normalcy before citizens catch on.

READ NEXT: Mqhele sends up red flags as fans react to ‘The Wife’ on Showmax 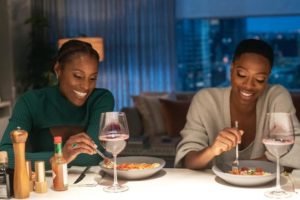 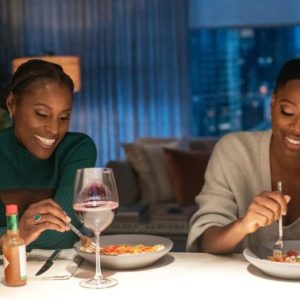 'The End, Okay?' - Yvonne Orji opens up about the final season of 'Insecure'
5 days ago
5 days ago

'The End, Okay?' - Yvonne Orji opens up about the final season of 'Insecure'
5 days ago
5 days ago