The Hong Kong Jockey Club is to give “major funding support” to South African horse racing and breeding – with the money being aimed at overturning damaging international export bans on local thoroughbreds. If South Africa could directly ship its proven world-class racehorses around the world, it would be a significant revenue earner for the […] 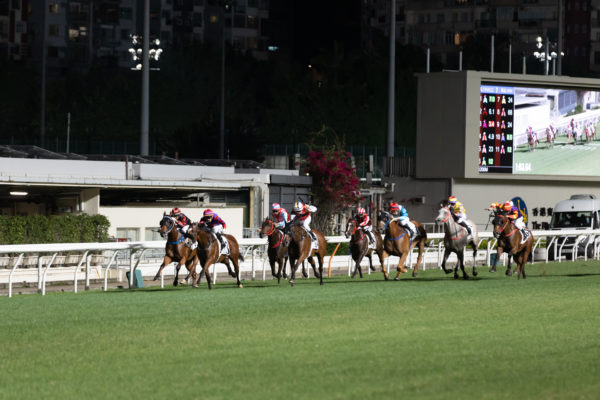 The Hong Kong Jockey Club is to give “major funding support” to South African horse racing and breeding – with the money being aimed at overturning damaging international export bans on local thoroughbreds.

If South Africa could directly ship its proven world-class racehorses around the world, it would be a significant revenue earner for the racing industry and the country. However, stubborn foreign bureaucracy – particularly in the European Union – has thwarted concerted efforts to get the rules changed to allow this.

Foreign countries cite a threat of African horse sickness spreading – although expert veterinary opinion has long been that such fears are unjustified, especially given strict, world-class protocols on the ground in South Africa.

Some of the Hong Kong Jockey Club money will go to persuading the EU to conduct an audit of equine health in South Africa. A planned audit in 2020 was ditched when Covid-19 swept the world and attempts to re-scheduled it have been unsuccessful.

A National Horseracing Authority media statement did not put a number on the “major funding”, but said it was “made possible through significant funds flowing from the simulcast of South African races into
Hong Kong”.

The funding agreement will continue until 30 June 2022. Hong Kong racing has quickly recovered from a brief pandemic shutdown, with betting turnover in the racing-mad city bouncing back to near previous peaks. A recent opinion piece in the UK’s Racing Post talks enviously of the enclave’s rude health – at least some of which is thanks to TV coverage of South African racing providing betting fodder for its
keen gamblers.

NHA chair Susan Rowett said: “On behalf of everyone involved in the racing and breeding industries in South Africa, I would like to thank the Hong Kong Jockey Club for this most generous support in these difficult times. The confirmation of simulcast race days and the announcement of additional funding for the export drive is wonderful news.

“In our isolation from the rest of the world, we are immensely appreciative of being part of the community of the Asian Racing Federation and this exceptional support from a fellow member. The
additional funding in aid of the resumption of exports comes at a critical time. I am confident that this crucial support will prove to be the catalyst that achieves the outcome we all desire.”

The funding will be allocated to assist with, among other things, work carried out by South African Equine Health and Protocols (SAEHP) in preparation for audits by the EU and a post-Brexit UK.
SAEHP chair David Abery said: “On behalf of SAEHP and all the participants of the South African thoroughbred industry, I would like to sincerely thank the Hong Kong Jockey Club for their support in arriving at this funding arrangement which will support efforts to re-open the export of horses from South Africa. We will continue to work with the South African government to schedule the audits of SAEHP’s disease control systems by both Europe and the UK as soon as is possible.

We look forward to … getting the required protocols in place with our trade partners to export horses from South Africa to Europe, the UK and beyond, which would be transformational for the South African breeding and racing industry.”

The influence of the Hong Kong Jockey Club is considerable – both in China and in international horse racing. It is a non-profit organisation, yet is the biggest taxpayer in Hong Kong, providing 10% of the city’s revenue. It is also the biggest employer and the biggest contributor to charity.

Even communist China acknowledged the importance of the Jockey Club and racing when the city became part of the country in 1997, transferring from British colonial control. Gambling is forbidden elsewhere in China, but in a speech at the time Chinese leader Deng Xiaoping said: “Horse
racing will continue and dancing parties will go on.”

Commenting on the latest news, HKJC CEO Winfried Engelbrecht- Bresges said: “The HKJC is pleased that funds from its simulcast of South African racing into Hong Kong will support the critically
important steps being taken by the South African industry to restore direct horse exports.” He added that re-opening of South Africa’s equine market to the world had been “identified by the Asian Racing Federation as a key issue relating to the international movement of horses”.