Riding a horse is not like driving a car. Horses have their own minds and riding patterns while the jockey has to get the best out of horses and manage all of those foibles. 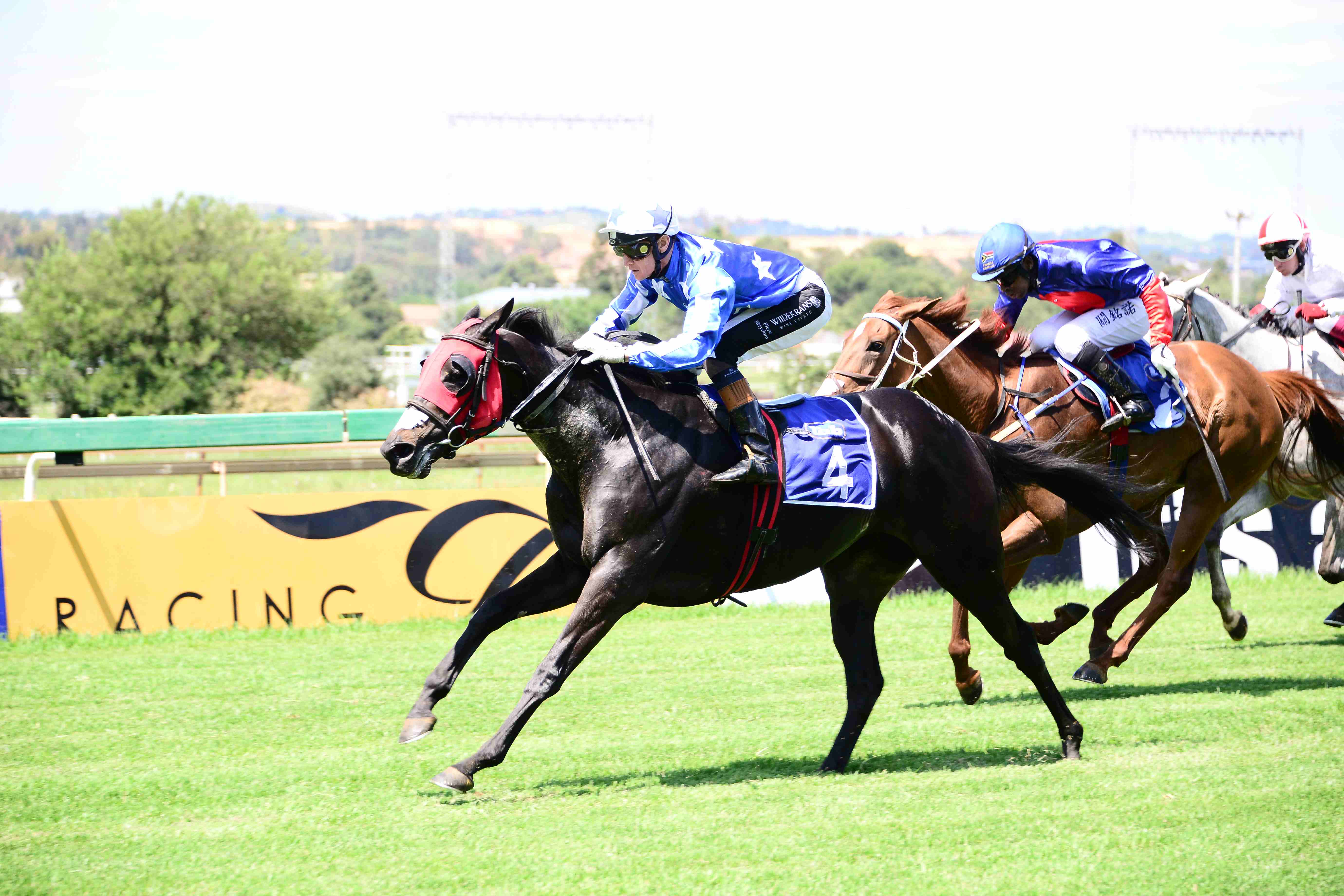 PIERE'S RIDE. Piere Strydom is aboard Vino Veritas in today's Allez France Handicap over 2200m on the Turffontein inside track.

Many horses have their issues and one of them is pulling, or what is known as over-racing. A horse who pulls and fights in a race generally means the horse wants to run faster than the actual pace of the race dictates.

The problem is that if the horse does not settle quickly, 99% of the times you’ve lost your race. With all that fighting your mount has used up a lot of energy and when you need to call on his reserves there is nothing to come. On the other side of the coin if you don’t fight him he will go off to the front, race too fast and tire.

I will generally advise the trainer to run his horse over a shorter distance as obviously the pace will be faster and the horse will be able to race at a more suitable speed.

You also find trainers who will put blinkers on the horses and that could also make them pull or fight you, which obviously reduces your chances of winning and sometimes it is a case of trial and error. Blinkers make horses concentrate better on their running and that is why some will over-race and destroy their chances of winning. But they can also make a horse improve by many lengths. Sometimes they pull hard first time in blinkers but sanity kicks in and they settle down in the next two or three runs.

From a jockey’s point of view when a horse fights you it can be very dangerous as it can run into the legs of the horse in front of you. I have been in numerous falls or near misses because of horses pulling.

A good example would be last year’s Vodacom Durban July where the pace was very slow. If you had a bad start and got caught at the back of this big field, you found yourself in the pacemakers’ hands. I rode Halve The Deficit and I was lucky not to get trapped well back on the rail. As a result I was able to get a better position just behind the leader. I remember in the race I had to shout to the jockeys sitting up front to keep up with a decent pace.

The problem tends to happen when most of the jocks have instructions to sit off the pace. It ends up with someone having to lead and invariably ends up as a reluctant leader.

Races like that would normally play in favour of a jockey who has been given a bit of leeway from his trainer to ride his own race according to the pace. Obviously the senior jockeys can get away with a lot more freedom when it comes to riding the race but often you are tied down to trainers’ instructions which we are expected to follow or land ourselves in hot water.

Even though sometime you find yourself riding what you believe to be the wrong race, you have to do what your trainer wants.

Racing is on the inside track at Turffontein again and the opening event is a work riders’ race. I have cut it down to two horses, Intandokazi and Oreo. I will lean towards Oreo as Intandokazi does not have natural gate speed and could battle to get going at this course but he should be able to run into second.

Race 2 could be a two-horse race between Tiger Sight and Le Dominion but as a lot of money has come for the Mike de Kock first timer, Toro Rosso, you need to respect the support.

Race 3 looks quite a weak maiden plate for fillies so for the Place Accumulator I’m going a bit wide and will include A Love Supreme, Love Tryst and Kenton On Sea.

Race 4 is another difficult event. My first call was to try and get Tiger Storm as he is better weighted than Last Battle and is drawn No 1. I picked up the ride on Last Battle. He has quite a bad draw and I’m not so sure about his chances over 1450m. I would include both in the PA and possibly add Master Archer and Casciano.

This is one Pick 6 race where you have to go with the field – or at least as many as you can afford.

Race 5 looks another tough race but I’ve cut it down to two horses – Out My Way and Antonius Charm. For the Pick 6 consider Solar Triptych and Epic Tale.

Deputy Jud looks like a smart sort in Race 6. He ran second to Ertijaal who won the Cape Derby and the fact he was still running around means there is scope for improvement. We will make him a banker in all bets.

I ride Rushmore River. He takes quite a while to get going and I’m not sure he will be suited to this track.

In Race 7 I ride Vino Veritas. She must have some sort of a chance as there are a number of horses with a similar form line. She does have a habit of pulling quite hard. I’m just hoping she does settle and is involved in the finish.

Others with the similar form lines are Touch the Sky, Lertasha, Dream Galaxy and Santa Carolina.  Pick any three for the PA and for the Pick 6 consider Hawker Hurricane and Wild Ash. But it could quite easily be a field race as if you take all those mentioned you will only be leaving out four runners.

In Race 8 we have a smart horse in Anjaal. He has already been placed in feature races and he is well handicapped to win this race. He is banker in all bets. The horses to chase him home are the Big Easy and Trip To The Stars.

In Race 9 I ride Main Sunday. She must have some sort of a chance but she has a similar form line to Rodeo Dream. But River Run, who is 14-1, beat Rodeo Dream quite comfortably last time. I would have made River Run my value bet but she has a shocking draw to overcome. Others to consider are Lady Of The Lords and Walking On Air.

Walking On Air battled to keep up with the pace last time and she has also dropped quite a bit in her merit rating so I make her the horse to beat.

In Race 10 I ride West We Go. She beat a bad field last time but she is drawn No1 and it could help her chances. I feel Chennai Babe could be the right one as she also has a good draw. Another danger could be To You as she has beaten my ride in the past.

NO 7 WALKING ON AIR