Do’s and don’ts of using fungicides

The roses are taking full advantage of May's warm, sunny days, and if good rose care was carried out in the previous months, there will be plenty of flowers to enjoy. 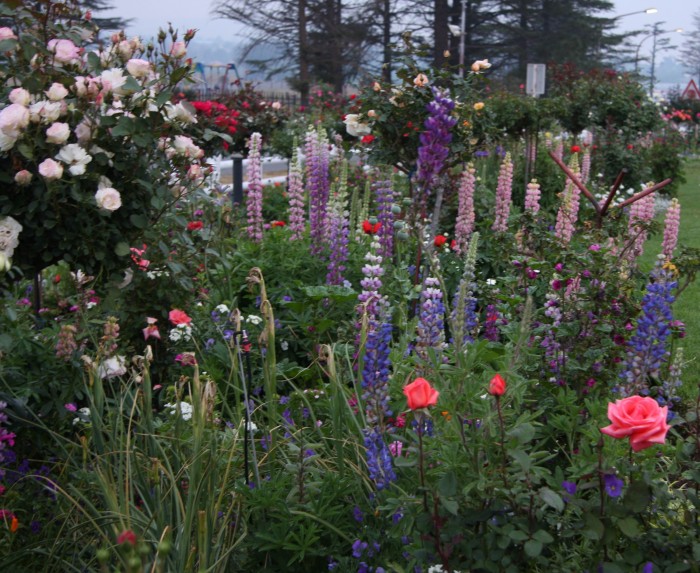 Roses that received their last fertilising in April and were sprayed regularly, especially in March and April in Gauteng when the wet weather provided very favourable weather conditions for black spot infection, will carry on flowering.

Roses that lost their leaves from black spot but have re-sprouted because of the good rains in April will produce blind shoots that will not flower. Unfortunately it is too late in the season to manipulate and pinch out the tips of the blind shoots and force them to re-sprout with flowering stems.

In inland areas with a moderate climate spraying once more before pruning should suffice. A mix of Chronos or Rose Protector (for black spot) with Ludwig’s Insect Spray (for aphids, thrips and small beetles) with a sticker like Spray Stay, should keep the roses’ leaves disease and insect free.

In the winter rainfall areas and Coastal KZN spraying should continue fortnightly into June.

The longer one can keep the leaves on the bushes the more chance the woody stems have to mature which will produce better blooms in spring.

At my talks I am often asked about fungicides and how to deal with roses that have black spot. Here are some frequently asked questions:

Are the fungicides toxic to insects and birds?

No, fungicides are not toxic and they will not kill insects. Do not confuse fungicides with insecticides that are intended to kill insects, especially the beetles that eat the leaves.

It can be detrimental to the plant because it would lose leaves that are still functioning. The plant has developed its very own mechanism to enclose infected spots, even sealing off a leaf from the stem in order to prevent it from spreading into the main system.

When using traditional Mancozep fungicides, like Dithane, the only measure that will help is to spray all the leaves thoroughly, on both surfaces. Make sure to use a sticker such as Spray Stay, NuFilm, or Wiltpruf with the fungicide.

My roses still developed black spot even though I sprayed.

I have found that undernourished roses, that have light green leaves, become much more susceptible to black spot infection as well as downy mildew. For some reason Chronos becomes ineffective in such hungry leaves.

To save time can I mix a large quantity of spray and use it over two weeks?

Once a pesticide or fungicide has been diluted, its efficacy only lasts for a few hours. Most formulations are suspension concentrates and the prescribed amount should first be pre-mixed with a little water and then added to the spray tank which is filled with water to the desired level. Shake or agitate the spray tank well after mixing and regularly during spraying to keep everything well mixed.