The Stuttgart-based automaker has officially revealed its much-anticipated bakkie at its world premiere in Cape Town. The moment we all have been waiting for has finally arrived after so many months of waiting to see what Mercedes-Benz is all about in the bakkie world. The Stuttgart-based automaker officially revealed its SA-bound bakkie at its world premiere in Cape Town.

Dubbed the X-Class and sharing its underpinnings with the Nissan Navara and Renault Alaskan, Mercedes-Benz has made the promise that its X-Class will live up to the prestige of its big three-pointed star badge.

More than just a simple case of rebadging, the first-ever X-Class will bring improvements on just about all fronts compared with the two mainstream models. 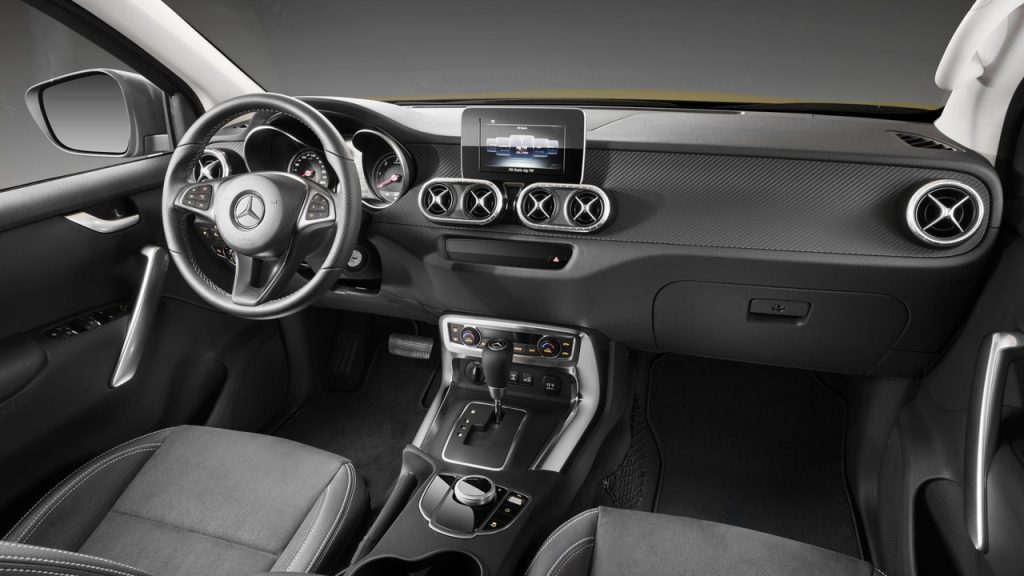 There’s a range of petrol and diesel engine options, and with a proven chassis, the X-Class could be an immediate hit from the start … assuming buyers are willing to pay the premium.

On the outside, it borrows some of its design cues from other vehicles in the Mercedes line-up. The front fascia, most notably the grille, has a number of distinctive similarities with the GLS SUV. A few add-ons can be had on the exterior, including features such as a side step, a “Styling Bar,” and even a choice of bed cover.

In the cabin, many of the same Mercedes design elements carry over. A standard 5.4-inch, or optional 8.4-inch infotainment screen, sits front and centre, while amenities such as electric seats with lumbar support, Bluetooth connectivity, a three-spoke multifunction steering wheel, and rear seats with room enough for three passengers are offered. If you love leather seats, Mercedes says you can order those at an additional price. In terms of engines, the X-Class will be available with three engine options from when it launches locally in 2018. A diesel engine, available in either X220d or X250d trims, will produce 120kW and 140kW, respectively. The petrol derivative will produce 122kW. All that power will be accessible either through a six-speed manual or seven-speed automatic transmission.

The folks at Mercedes say a more powerful X350d option will be available next year with 190kW or power and 550Nm of torque.

Mercedes says that, when its more powerful model is introduced, it will be the “leader of the segment,” and include five different driving options: Comfort, Eco, Sport, Manual, and Off-road. 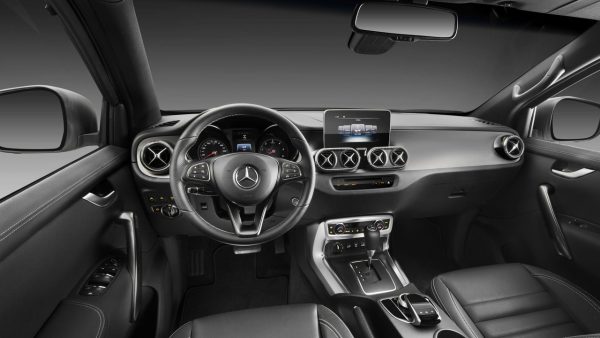 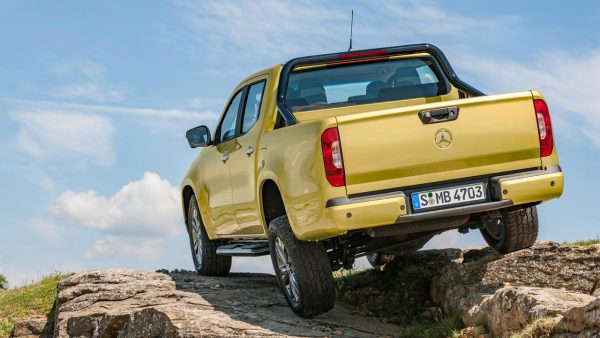 The new Mercedes-Benz X-Class will be available in SA early next year. Pricing will be announced prior to local launch.