A Shooting Brake along the lines of the CLA and CLS will also exist in addition to a CLE Estate. The recent facelift given to the Mercedes-Benz E-Class Coupe and Cabriolet will allegedly be the last as both bodystyles, together with the respective C-Class derivatives, will be replaced by an all-new model called the CLE in 2023.

According to Autoblog Italy, the CLE will fill the position left vacant by the models mentioned, and ride on the MRA platform with drive going to the rear or all four wheels via the 4Matic all-wheel-drive system. While set to be offered as a coupe or cabriolet, a Shooting Brake along the lines of the CLA and CLS will also exist in addition to a CLE Estate. Despite details being vague at present, the online site claims the CLE will derive motivation from a new mild-hybrid 2.0-litre turbodiesel engine carrying the internal moniker, OM 654 M. When it does enter production though, expect it to also have petrol power as an option with AMG models potentially following at a later stage.

With the all-new W206 C-Class currently in the final stages of development based on its spotting by several online forums undergoing testing in recent months, the possible exclusion of a coupe and cabriolet should not come as a surprise given the likelihood of these overlapping with the CLE. 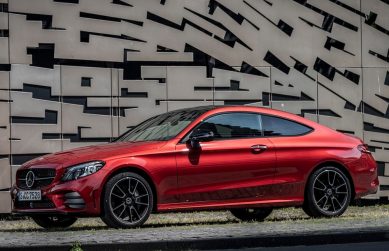 The newcomer’s replacing of the two-door and soft-top E-Class though comes as a surprise after Michael Kelz, the model’s Chief Engineer, told MotorTrend two months ago that the future of the cabriolet is assured in spite of its market uptake being significantly less than that of the coupe.

“E-Class convertible is very important for us. I can assure you that our future will keep the cabriolet in this class. It’s in the heart of Mercedes… I’m pretty sure that you will see another one in the future,” he said. With all four bodystyles of the refreshed E-Class now out and the C-Class allegedly debuting towards the end of this year or in early 2021, don’t be surprised if spy images depicting the prototype CLE undergoing testing emerge in the coming months.