Reveal of the hatch effectively a preview of the incoming new Civic Type R. 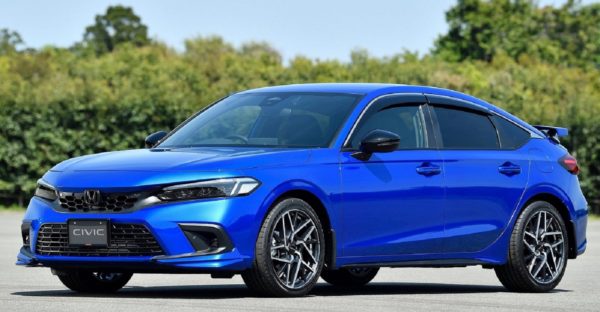 From the B-pillar back, the hatch is completely different from the Civic sedan.

Having commenced teasing earlier this month, Honda officially unveiled the all-new Civic hatch this week as the second and likely final bodystyle after the sedan.

Aesthetically unchanged from the sedan at the front, the hatch has been extensively redesigned from the B-pillar back with a distinct coupe-like appearance similar to the now discontinued US-market only Civic Coupe.

Sporting a lowered roofline, a rounded rear facia deriving inspiration from the Accord and LED taillights connected by a central strip seemingly taken from the Kia Stinger, the Civic hatch measures 4 459 mm in overall length, 34 mm longer than the previous model, with the wheelbase increasing by 36 mm to 2 736 mm and the width by two millimetres to 1 801 mm. The claimed height has however dropped by six millimetres to 1 415 mm. 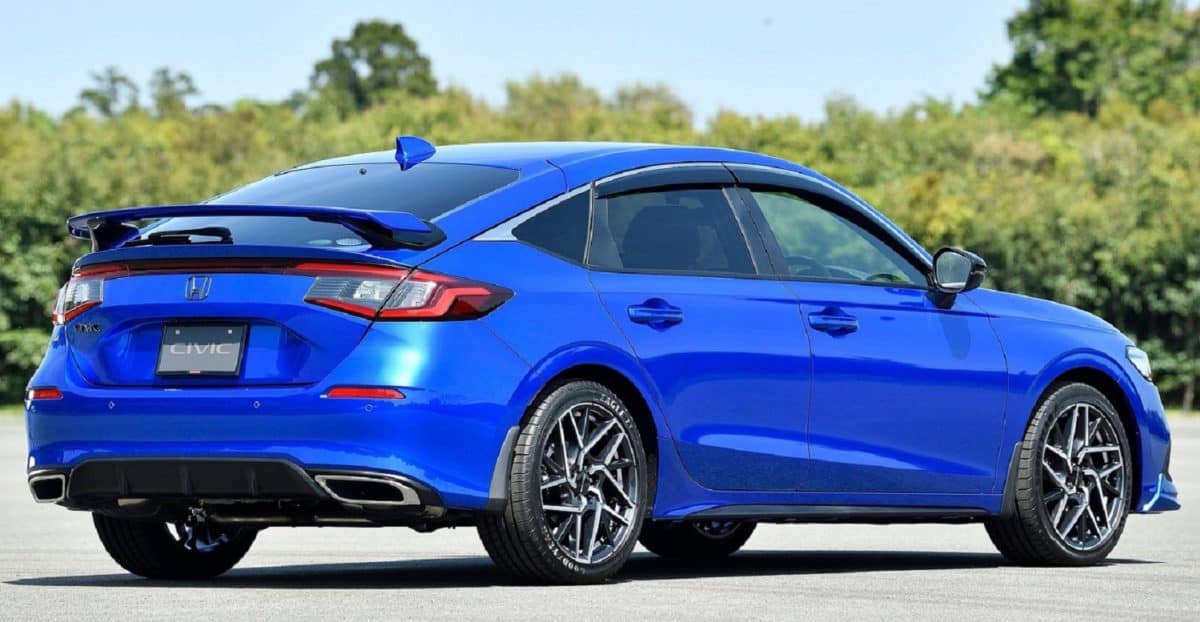 Along with the dimensions, the hatch boasts a wider rear track and a claimed 35 mm more rear legroom despite the boot being smaller at 694-litres versus the previous model’s 727-litres. In the US, a total of eight colours will be offered including two new hues, Smokey Mauve Pearl and Boost Blue Pearl.

Bar the bodystyle, the Civic hatch remains unchanged from the sedan on the inside with a seven-inch touchscreen infotainment system and instrument cluster standard on the LX, Sport and EX-L models, while the top-spec Sport Touring gains the bigger nine-inch display along with a 10.2-inch instrument cluster.

In a departure from the sedan, the hatch, which effectively previews what the next generation Civic Type R will look like come next year or 2023, receives revised suspension and steering in addition to new brake calipers as well as three driving modes; Eco, Normal and Sport.

Like the sedan, the North American Civic hatch will have a choice of two engines, but with the availability of a six-speed manual gearbox the three-box model doesn’t have. Upgraded with a new dual-mass flywheel and with shorter ratios, the manual comes standard on the LX, Sport and Sport Touring with the EX-L being an all CVT affair.

Interior is unchanged from the sedan.

On the former pair, power comes from a normally aspirated 2.0-litre outputting 118kW/187Nm with motivation for the EX-L and Sport Touring provided by a 132kW/240Nm 1.5-litre turbo. The mentioned CVT is otherwise optional on all of the other trim levels.

Going on sale reportedly in September with projected pricing from $20 000 (est. R283 000), the Civic hatch will be first generation built in North America at the Greensburg Plant in Indiana as a result of Honda shutting the Swindon Plant in the United Kingdom next month for good.

At present, the hatch remains unconfirmed for South Africa but if confirmed, expect it and the sedan to possibly arrive towards the end of this year or early next year.