Both models have received "global" approval, opening the door for availability outside of India. 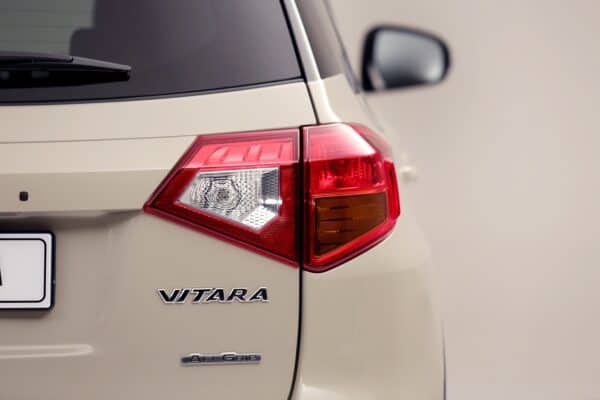 Suzuki's twin of the Toyota Urban Cruiser Hyryder could be called Vitara.

With the reveal this month of the Toyota Urban Cruiser Hyryder in India, partner, Maruti Suzuki, is expected to unveil its version on the 20th of this month.

According to Autocar India, the newcomer will reportedly adopt the Vitara name following the decision to drop the moniker as suffix on the new Brezza unveiled at the end of last month.

Unrelated to the global Vitara sold in Europe, Australia and South Africa, the fifth model to emerge from the partnership between the two marques will make use of the same platform and hybrid only powertrains, but with revised exterior styling and subtle interior adaptations.

Unlike the current partnership agreement where Suzuki produces the Baleno, Ertiga and Ciaz for Toyota to rebadge as the Glanza/Starlet, Rumion and Belta, the Vitara, if so named, will be produced by Toyota at its Bidadi Plant in the state of Bengaluru, before being turned into a Suzuki.

Based on Autocar India’s claim, both models have been classified as global offerings, meaning likely availability in key markets, not only in Asia, but potentially also South Africa where all of the mentioned models, bar the Belta, is sold.

In terms of specification, the Vitara is likely to mirror the features of the Urban Cruiser Hyryder, but with different trim grade denominators tipped to be the same LXI, VXI, ZXI and ZXI+ as the Brezza.

At the same time, the publication reports that the global model designation could result in the Vitara replacing the aforementioned international model, though nothing has been made official so far.

While the Urban Cruiser Hyryder debuts in India later this month, the Vitara only arrives in August with final pricing poised to undercut that of the Toyota by a small margin.

Expect final details to emerge once the wraps come off in two weeks from today (6 July).