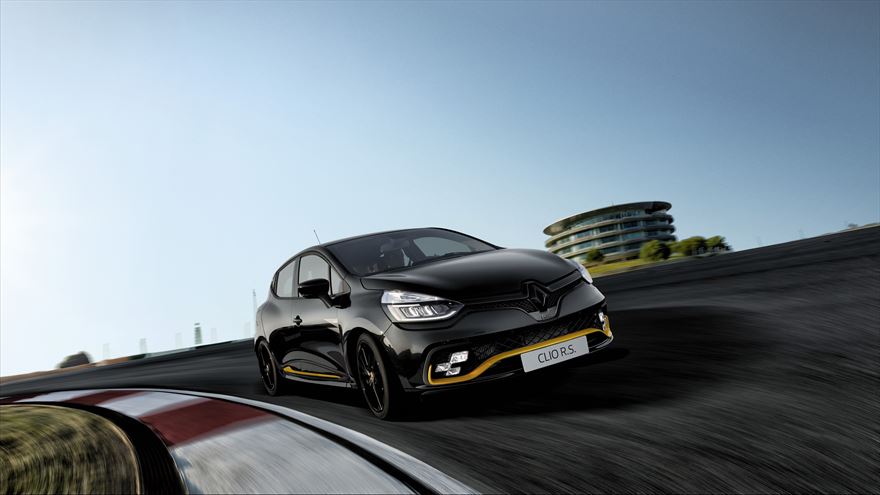 Renault are celebrating 40 years of participation in Formula One by adding a limited edition to the Clio R.S. 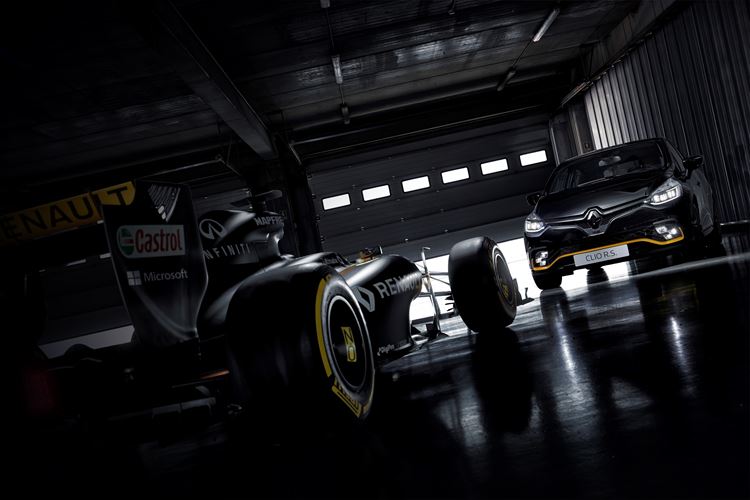 If there was such a series as Formula Fun this Renault would slot right in.

This is mated to an EDC 6-speed dual-clutch gearbox. It has three driving modes: normal, sport and race – which each alter the mapping of the gearbox, ESC behaviour, steering and the sensitivity of the accelerator pedal.

While driving it around Zwartkops Raceway, sport or race were the only options.

It also has a lowered and stiffened Trophy chassis, front suspension featuring hydraulic compression stops, and an Akrapovic exhaust system. 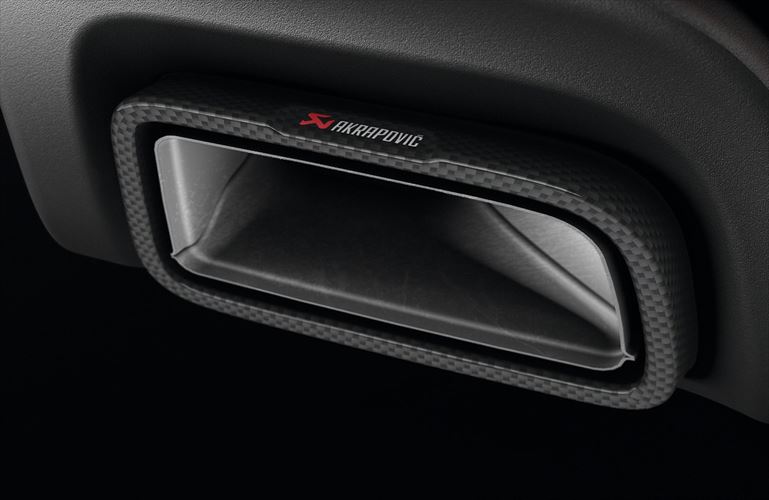 The Clio R.S. 18 is easy to drive and will appeal to just about anyone.

It’s fast enough, but not brutal or intimidating in sport mode. For the more advanced driver there is the race mode which confiscates the electronic driver aids and allows you to change gears at your discretion via the paddle shifts.

Well bolstered seats hold driver and passenger securely but comfortably and the exhaust note rounds off the performance experience.

There is also a launch control function for the quickest possible starts and you can even record your lap times.

Normal mode changes the car to pretty much just that – normal.

Boldly expressing the link between the race track and the road, Clio R.S. 18 bears the same name as the Renault F1 race car competing in the Grand Prix. 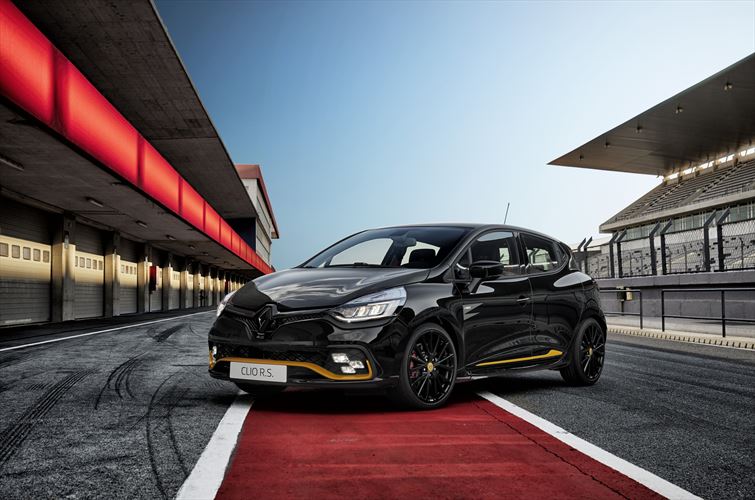 It also features the same iconic colour scheme as the Renault Sport F1 Team car with the black cloak and accented liquid yellow.

The Clio R.S. 18’s unique styling continues with the Renault Sport decals added to the door panels and the roof. The doorsills on this limited edition model also give a sense of exclusivity.

The blacked out badging and rear diffuser are contrasted by the yellow details on the side strips. My view is that these are too hard to see and that the yellow contrast should be extended to them too.

Of course the R.S. 18 needs to be able to do the daily duty of commuting and so carries a high level of
comfort and convenience:

Onboard navigation on offer via the 7” touchscreen, with a range of other easy-to-use one touch functionalities – Multimedia, radio and telephone systems with Bluetooth connectivity. 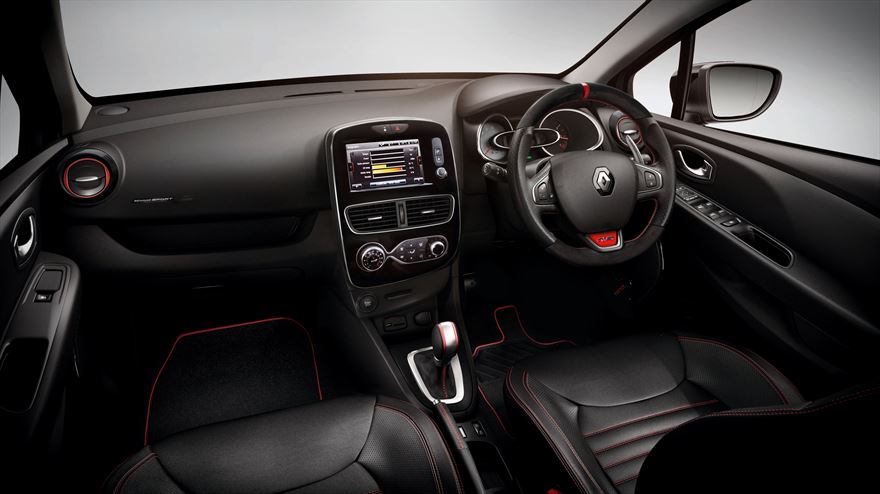 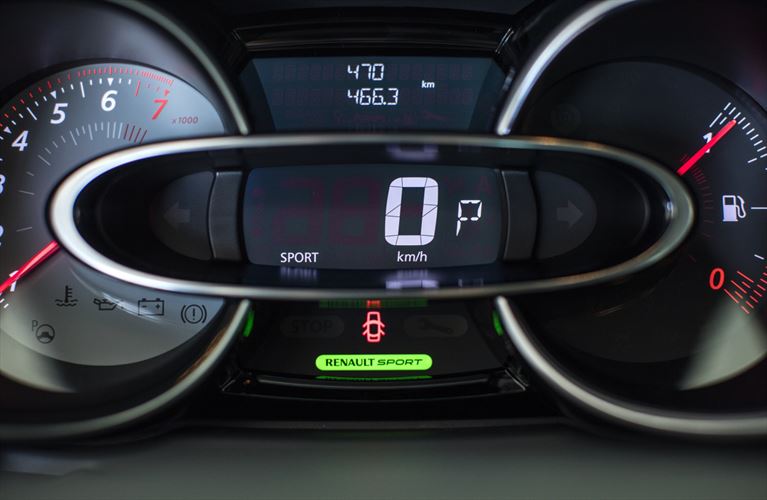 Rain sensors, automatically regulating the frequency of your windscreen wipers according to how heavily it is raining, and light sensors which enable the headlights when the sensors detect a certain level of darkness.

The Renault Hands-free Card Key for convenient remote entry, and in support of the easy Stop/ Start functionality.

This latest addition to the Clio R.S. Range was preceded by numerous derivatives which were legendary in their own right.

To name but a few – The 1st R.S. model, the Renault Clio Williams (1993) that was designed to celebrate the success of the Renault-powered F1 team at the time. 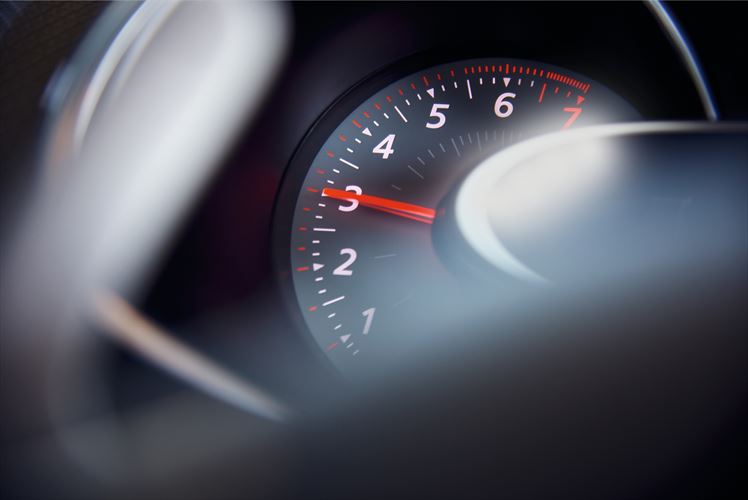 The 3-litre V6 engine housed in the rear of the vehicle, with increased power output (252bhp), makes it the fastest model to this day. The limited edition Renault Sport Clio 182 Trophy launched in 2005 was also deemed legendary amongst Renault Sport enthusiasts.

The long line of iconic Clio R.S. models was boosted with the local introduction of the Renault Sport Clio 200 & 200 Cup, which proved their worth in every road test entered.

The much celebrated Clio R.S. model line-up was further complemented through the Clio R.S. 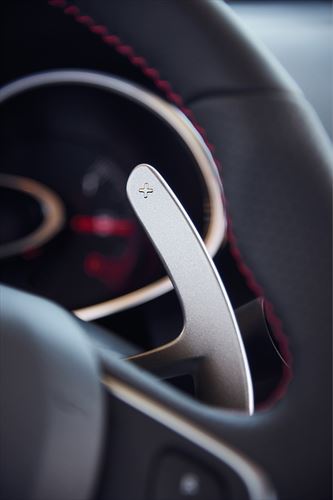 As with Renault’s entire range, the Clio models come standard with a 5-year/150 000km mechanical warranty and a 6-year anti-corrosion warranty. 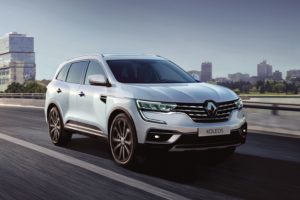 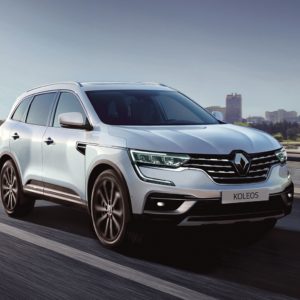 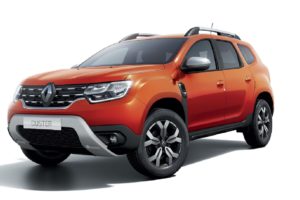 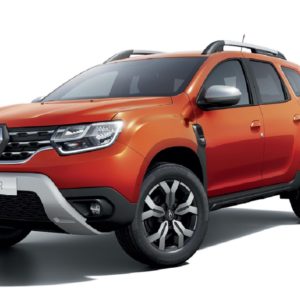