Stellantis' iconic SUV still has a lot going for it in spite of its all of its rivals being a lot newer. 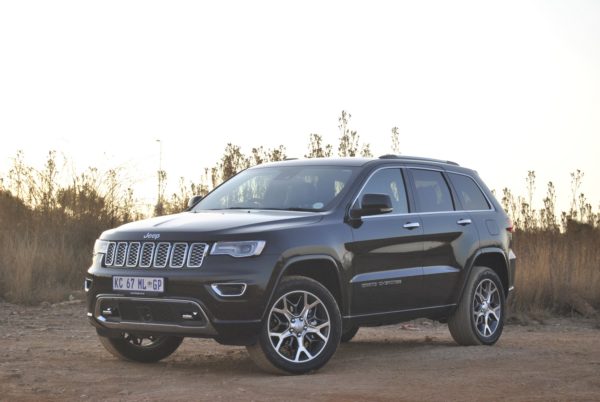 Sun might be setting on the WK2 Grand Cherokee, but it arguably still looks good.

Towards the end of last month, Mercedes-Benz revealed the all-new SL as the first designed-from-the-ground-up model in nearly a decade.

More significantly, it also represents a turning point for one if not Stuttgart’s most iconic model. For the first time, development took place at the behest of AMG with comparatively otherwise minimal input from the three-pointed star itself.

So how is the new SL at all relatable to the Jeep Grand Cherokee that we recently had on test? For starters, the current generation, known internally as the WK2, premiered back in 2010, a a year before the SL, but as a completely overhauled version of the previous WK that went on sale in 2005.

It therefore follows the same approach as the outgoing R231 generation SL that bowed as a heavily overhauled version of the earlier R230 that debuted in 2001. Apart from this comparison, the Grand Cherokee’s Mercedes connection goes further.

Underneath, the WK2 rides on a platform of Benz origins. More specifically, the same architecture that underpinned the last M-Class that morphed into the GLE in 2015.

It therefore means that the WK2, in one way or another, can trace its roots back to the DaimlerChrysler era. This despite emerging from the global recession under the auspices of Chrysler LCC, then Fiat-Chrysler Automobiles and ultimately Stellantis.

Considering this rather tumultuous timeline, what failed to diminish was the Grand’s popularity. Not only in the United States where it has become a cult icon since replacing the Wagoneer and Grand Wagoneer in 1992, but also in South Africa.

Easily undercutting its German, British and Japanese rivals, the arrival of the range-topping Overland not only came as a surprise in itself. It resulted in a few others that summed-up why it remains such as a compelling buy.

While its prolonged run ended earlier this year when Jeep revealed the all-new WL Grand Cherokee that rides on Alfa Romeo’s Giorgio platform, there remains something appealing in the way the WK has aged since its introduction.

Up and downs of being American

The beneficiary of a series of lifecycle upgrades, some quietly applied and in some cases, not at all mentioned for South Africa, the WK2, arguably, has the edge over the WL in the styling department.

Aside from the trademark seven-slot grille with its chrome surrounds, the sinister black paint finish and flashy chrome 20-inch alloy wheels, it looks more imposing and butch than the softer, blocky lines of the WL expected on South African ground next year.

The Americanness of the Grand is however most prominent inside. While spacious and easy to navigate, the level of fit-and-finish holds no threat to its rivals.

Despite the presence of soft-touch plastics on the dashboard, the cheaper variety, in excess, features on the centre console and doors as well as under the false identity of the gloss black piano key accents.

Jeep’s attempts to keep the Grand premium saw it benefitting from the 8.4-inch Uconnect touchscreen infotainment with the 7.0 operating system three years ago. While easy to understand and use, it looks dated against the backdrop of the button heavy centre console surrounded by a slab of nasty black plastic.

The most irksome aspect of the interior though lies with the outdated Mercedes era foot operated handbrake that becomes an annoyance right from the off. Although welcomed, the dual-pane sunroof robs rear passenger headroom in spite of legroom being plentiful.

Where the Grand Cherokee starts to fight back is in the equipment department. Simply put, it has everything. This includes the cushioning and superbly comfortable heated and ventilated electric front seats, a heated steering wheel, a smart looking 12.3-inch digital instrument cluster, electric tailgate and heated rear seats to name but a few.

In addition, the Overland sports a rear seat entertainment system with a pair of dual displays and HDMI jacks integrated into the sides of the front seats. A DVD player is located in the centre console and a pair of wireless headphones plus a somewhat bulky 1990s eras looking remote.

The all-inclusive nature of the Overland expands to the boot that can accommodate 782-litres, or with the rear seats down, 1 554-litres. An 18-inch alloy spare is located underneath the boot board.

No replacement for displacement

For all its equipment levels, the standout of the Grand Cherokee its drivetrain. In spite of the often preferred 3.0-litre turbodiesel engine being no more, the 3.6-litre Pentastar V6 petrol is, for lacking a better description, an absolute gem.

The first engine made by the Chrysler LLC after the recession, and one which has become the workhorse into the Stellantis era, the big V6 produces a substantial 213kW/353Nm. It is delivered in a creamy smooth manner to all four wheels via an equally smooth and slick eight-speed automatic gearbox.

A match worth savouring, the engine’s instant response and soulful burble is matched not only by the transmission, but also the levels of refinement and almost complete lack of any noise at the national limit.

Being a Jeep, the Grand Cherokee will go off-road as it comes not only with the Quadra-Drive II system, but also low range plus the Quadra-Lift air-suspension that offers a so-called Aero mode for everyday driving. Two off-road settings are capable of raising the ground clearance to a maximum of 272 mm.

It is a selection of hardware capped-off by the Selec-Terrain system that boasts five modes; Auto, Mud, Rock, Sand and Snow. While no attempts were made to put these into action, what did impress was the ride with the suspension soaking bumps and ruts up with ease while remaining supple.

The biggest surprise was the fuel consumption. In what can be seen as a huge one finger salute to diesel, the Grand recorded an astonishing indicated best of 8.0 L/100 km after seven days and 583 km.

This despite weighing 2 188 kg and frequent use of the climate control and seats. In fact, it still had 283 km of range left when returned.

Dated is not often associated with surprising but in the case of the Jeep Grand Cherokee, that is what transpired during its weeklong stay.

As much as it shows its age, painfully, inside the level of specification, macho appearance, the drivetrain and off-road ability counts for a lot in spite of age.

Factor in the R1 029 900 price tag, and it becomes clear why the Grand has become such an enticing and endearing left-field proposition, undeterred by its admittedly newer, but also pricier and less well equipped rivals. 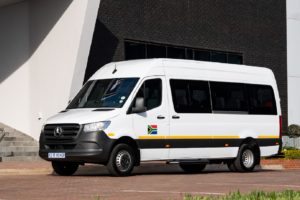 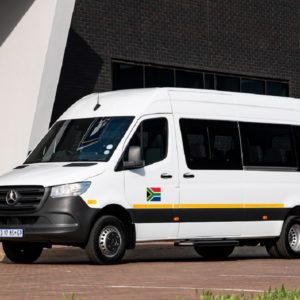 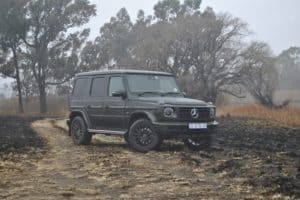 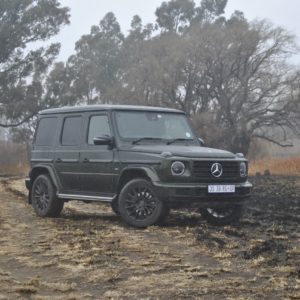