Tiggo 8 Pro yet another Chery on top

Very little comes close to matching the newcomer's level of spec and price. 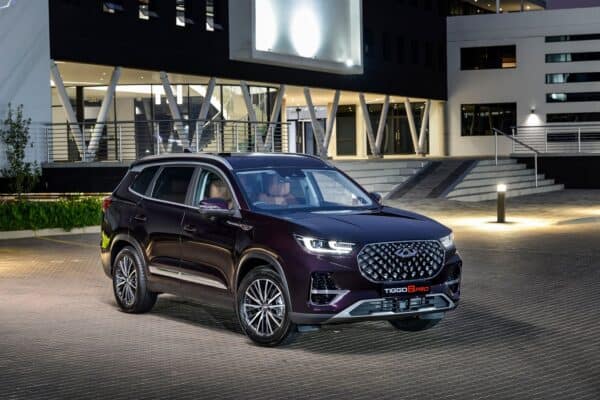 Like its smaller Tiggo 4 Pro sibling, the Tiggo 8 Pro is a real looker.

What you see is what you get. That was the bottom line at Chery’s launch of the Tiggo 8 Pro flagship last week.

The Tiggo 8 Pro, the Chinese carmaker says, comes without optional luxuries. They are already in the car, at its price of under R550 000 – and it offers a comprehensive 10-year/one million-kilometre engine warranty. In other words, huge value for money, a rare commodity in South Africa.

After successful debuts in markets like South America, Russia and the Middle East, the Tiggo 8 Pro will be sold in right-hand drive configuration for the first time in South Africa.

The engine is mated to a seven-speed dual-clutch transmission, which delivers power to the front wheels. The wheels are alloy spoked, in 235/55 R18 rubber. Sadly, the car comes with a stupid space-saver spare wheel – one of my most passionate hates.

Should you still crash, passive safety features include front and side omni-directional airbags, plus curtain airbags.

Tiggo 8 Pro customers will probably have scant regard for the technical stuff. This vehicle is going to mostly sell on its looks. Chery’s press blurb talks about “mixing bionics and aesthetics to create a fluid design that hides size, while maintaining a striking presence”.

The car looks chunky, with its most attractive features being the front grille, two matrix-LED headlamps with dual daytime-running lights, chromed roof rails and a panoramic sunroof.

Inside, the vehicle has three digitised screens. A large instrument panel takes care of vehicle running information, a second handles all climate-control functions, while a centrally mounted infotainment system takes care of audio controls, displays from your mobile phone via Apple CarPlay and Android Auto, plus images from the parking cameras.

All seven seats are leather clad, with both front perches electrically adjustable. The rear seats can fold completely flat in a 60:40 configuration. There are three USB ports, a 12V charging port in front, ambient lighting, plus a coat rack and armrest in the rear.

It boasts Standard, Eco and Sport driving modes, plus electric power steering which has been specifically tuned to provide driver feedback – not always the case in large seven-seater vehicles.

The suspension is pliant, the ride comfortable and Chery showed its faith in the product by including rutted, pot-holed tar road in the test drive route between Sandton and the Vaal Dam, all handled with aplomb.

We think they have a winner on their hands.