Lexus’ new RX: A comfortable place to be The Lexus RX provides a quality of ride that I suspect is unsurpassed in an SUV. Coupled to a super-smooth engine and transmission and you have the essentials of a great car.

It has its quirks and drawbacks, but none is significant to detract in any deal-breaking way. Design language is a language all of its own, and usually we edit this out to spare you the pain. Here is a relatively painless extract from the Lexus RX launch document. 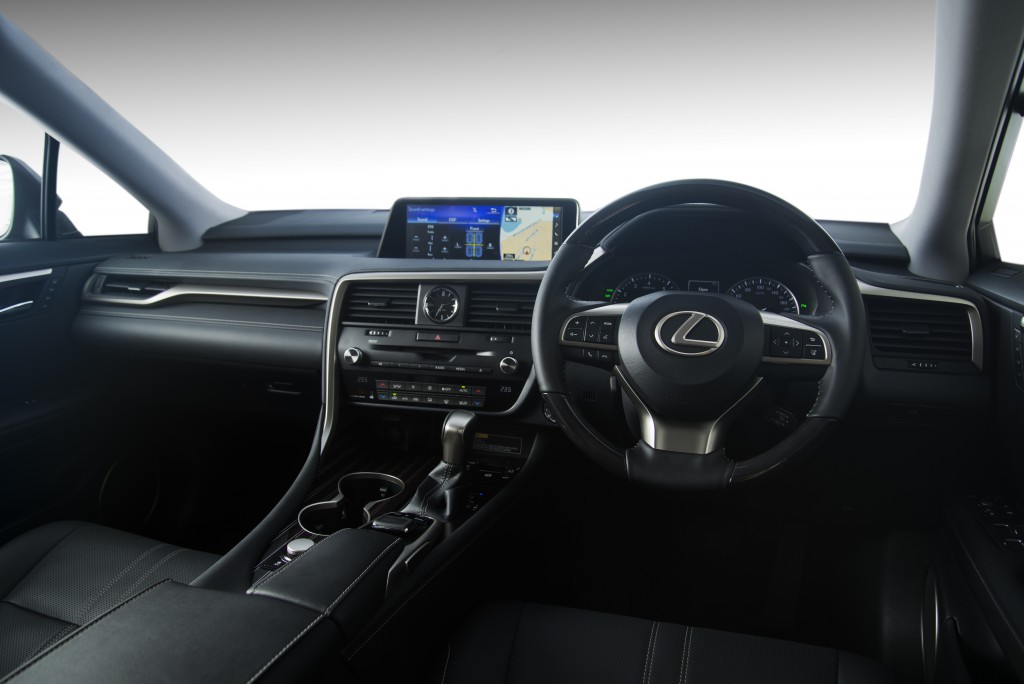 That this is true is not in dispute. Indeed, driving through the suburbs around Bushbuckridge the Lexus turned heads all the time and I am sure most of this was due to its cutting edge looks.

However, it was also due to the fact we were clearly all lost and the sight of a dozen luxury SUVs zigzagging haphazardly down tiny dirt roads between their picturesque dwellings was obviously quite amusing to the locals.

So the jury on the RX’s looks is still out. Lexus describe their baby further: “The side design is characterised by a sharp, angular profile while continuing the lines of the spindle grille from the front to the rear. The real kick in the design profile are the blacked-out C pillars, which create the illusion of a floating roof. The rear design evokes the styling elements of the front, specifically the trapezoidal spindle grille design, to provide continuity and a feeling of width, which contributes to the aggressive stance of the newcomer.”

I was pleased to read this as it explained the curiously and pointlessly angular nature of the rear tailgate. It explains it, but it does not justify it – the rear must resemble the front? Really? They’re not building a pushmi-pullyu are they? The local RX line-up comes in two derivatives: the petrol V6-powered RX 350 EX and the petrol-electric hybrid RX 450h in SE guise. The RX 350 EX features an upgraded 3.5-litre direct injection V6 that develops 221kW and 370Nm – 17kW and 24Nm more than the previous generation – and drives all four wheels via an eight-speed automatic transmission.

The new engine has the additional features of VVT-iW (Wide) on the inlet camshaft and the Lexus D-4S dual injection system of high-pressure direct injection and port injection. It is the first Lexus engine to combine VVT-iW and D-4S.

When driven in “eco” mode this derivative feels a little lazy off the mark but once it is on the go it is fine. Switching through normal to “sport” solves the problem and I found myself switching between modes quite a bit.

The RX 450h hybrid develops 230kW combined system power (engine and electric motor) – a 10kW increase in combined system power over the previous generation RX 450h – and drives all four wheels via a CVT transmission. This vehicle felt quite decent off the mark and even the CVT box was fine. 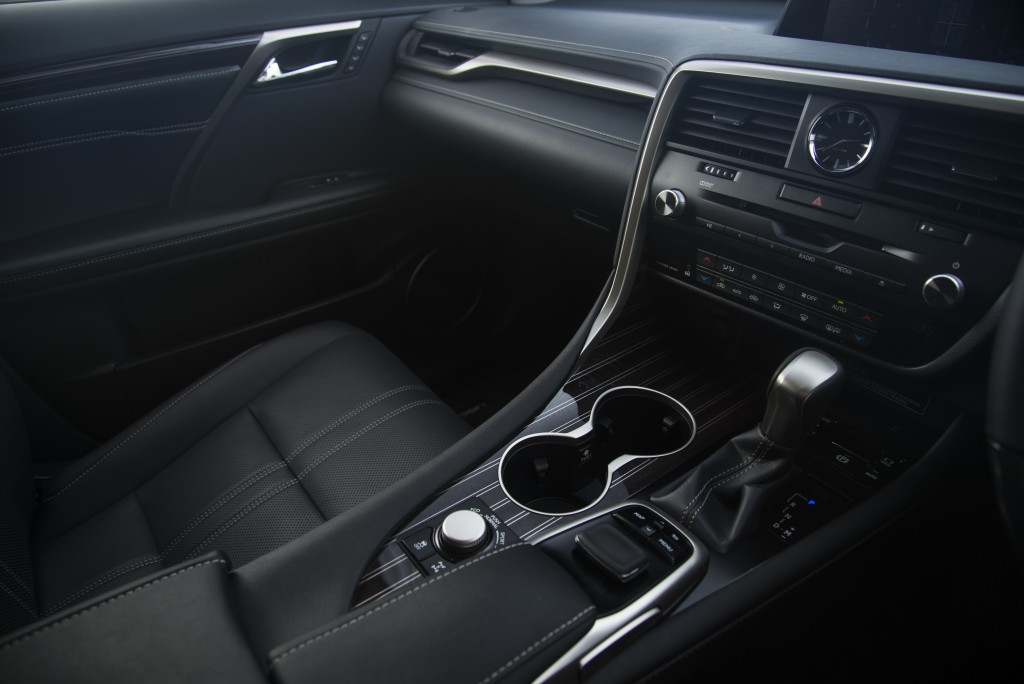 The wheelbase of the new RX is 50mm longer to provide additional rear legroom. It’s also 120mm longer and 10mm wider but 20mm lower than the previous generation vehicle, adding to its sleek profile. Front and rear track have also increased to 1640mm and 1630mm respectively, an increase of 10mm each over the third generation RX.

This contributes to handling, which seemed pretty good by SUV standards, although we were hardly throwing the vehicles around. The Lexus RX 350 and RX 450h use bespoke all-wheel drive systems, both designed to maximise traction, cornering stability and driver control while saving fuel.

RX 350 has the new-generation Dynamic Torque Control system and RX 450h has an improved Lexus E-Four system. Drivers can view the torque distribution in real time on the multi-information display. It saves fuel by driving only the front wheels when the vehicle is cruising, switching to AWD when needed via an electromagnetically controlled coupling in the rear differential housing. Rear-drive torque is disengaged when brake control systems, such as ABS or vehicle stability control (VSC) are in operation, to prevent interference with these functions.

The driver can manually override the Dynamic Torque Control AWD system at speeds up to 40km/h by pushing the AWD LOCK button to achieve maximum all-wheel grip. The Lexus E-Four proactive allwheel drive system uses an electric motor to drive the rear axle while the front axle can be propelled by petrol or electric power, or a mixture of both.

Coupled to the excellent ride this makes the RX an incredibly comfortable place to be.

Remember to grab The Citizen’s Motoring Pullout every Wednesday, or subscribe to our e-edition