The Patrol’s makeover appears extensive with a completely reworked front facia and loss of the clear taillight lenses. 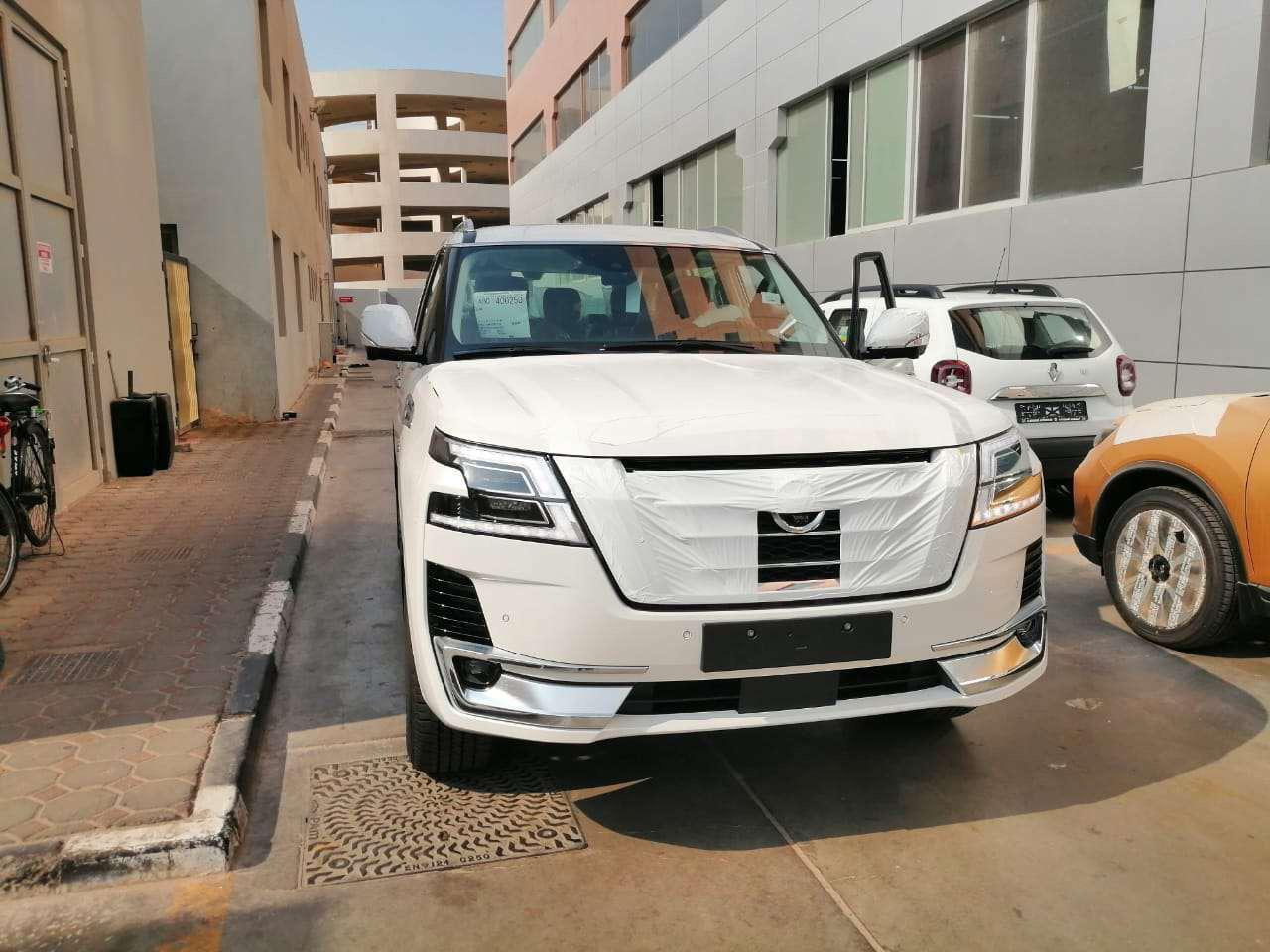 With arch-rival Toyota possibly unveiling the long awaited Land Cruiser 300 at the Tokyo Motor Show next month, first images have emerged of the updated Nissan Patrol.

Pictured by Emirati website, almuraba.net reportedly outside a dealership in Dubai, the partially disguised Patrol’s makeover appears extensive with a completely reworked front facia made up of new headlights with U-shaped integrated daytime running LEDs, a larger grille and a restyled front bumper with chrome fog light surrounds. At the rear, the taillights lose the much criticised clear lenses and the bootlid gains a full-length chrome strip, while a colour-coded faux diffuser has been integrated into the bumper. A new bootlid spoiler rounds the changes off.

The biggest change is however on the inside where the entire centre facia is new with a larger touchscreen infotainment system, an updated centre console and what appears to be a secondary digital display on the facia in place of the button festooned setup that has featured since the Patrol’s debut in 2010. 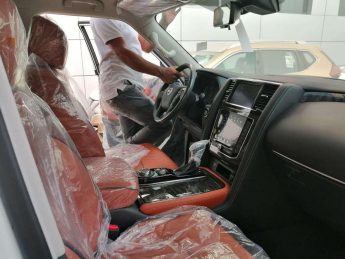 While its rival is poised the adopt a twin-turbocharged V6 engine with a hybrid set to follow, the Patrol looks set to keep the 298kW/560Nm normally aspirated 5.6-litre V8 petrol motor and seven-speed automatic gearbox, with no diesel engine set to feature once again.

Based on current reports, the facelift Patrol could debut towards the end of this year with sales commencing in 2020.