Volkswagen’s Spanish affiliate, Seat, has taken the wraps off of its interpretation of the new Golf in the form of the fourth generation Leon.

A core model within the marque’s range having shifted over 2.2-million units since debuting in 1999, the Leon incorporates Seat’s latest design language derived from the Tarraco SUV that is claimed to “exude confidence, elegance and sportiness”. 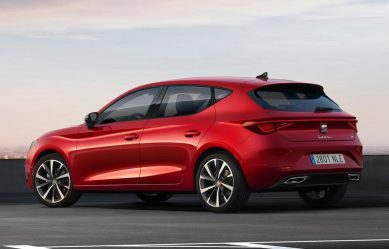 Signifying an overall length gain of 86 mm and 50 mm in wheelbase, the Leon is 16 mm narrower and three millimetres lower than its five-door hatchback predecessor, with the Sportstourer estate boasting the same width and wheelbase, but with overall length of 4 642 mm and height of 1 448 mm.

In spite of the new measurements, only practicality in the Sportstourer has been affected with a 30-litre increase in boot space to 617-litres, while the hatch’s loading capacity is unchanged at 380-litres. No longer offered however is the Sports Coupe with slow sales and decline in popularity of three-door model being cited as the main reasons.

Inside, the interior incorporates a number of elements from the Golf with the most prominent being the 8.25-inch or optional ten-inch touchscreen infotainment system and the stubby gear selector on models equipped with the DSG transmission. 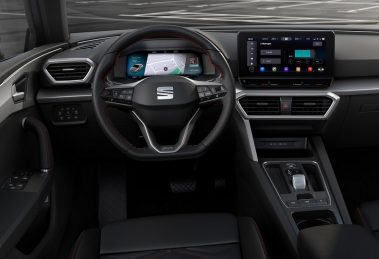 Claimed by Seat to be its first “fully connected car”, the Leon comes equipped with the new 10.25-inch Seat Digital instrument cluster, a wraparound dashboard light, tri-zone climate control in some models, wireless smartphone charger, Apple CarPlay and Android Auto and ambient lighting to name but a few.

Depending on the market, the Leon will be offered in a choice of four trim levels; Reference, Style, Xcellence and FR with the latter sporting a model specific bodykit, 17-inch FR alloy wheels with 18-inches optional, sport suspension, FR branded sport seats and a FR badged leather-wrapped multi-function steering wheel. 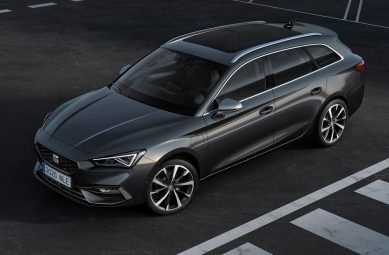 Providing motivation is a choice of three TSI engines, a single TDI and TGI running on natural gas, and two eTSI motors utilising the same 48-volt mild-hybrid setup as the Golf. A further new addition is a Leon first plug-in hybrid that marries a 1.4 TSI petrol engine with a 13 kWh lithium-ion battery pack for a total system output of 150 kW and an all-electric range of 60 km/h.

Like the Golf, the 2.0 TDI has been heavily revised to meet ever more stringent emissions regulations, and comes in two states of tune; 85 kW and 110 kW. With the exception of the lower output TSI and TDI motors sporting a six-speed manual gearbox, the rest of the Leon range is outfitted as standard with a seven-speed DSG. 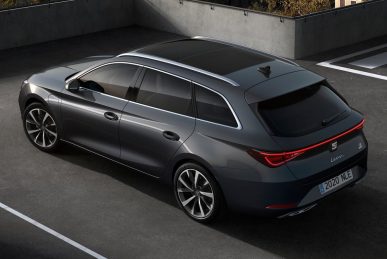 Going on sale across Europe from the second quarter with the performance Cupra models arriving later, the Leon is however not tipped for South Africa anytime soon after the brand’s much publicised exit due to pricing conflicts with comparative Volkswagen models over a decade ago.