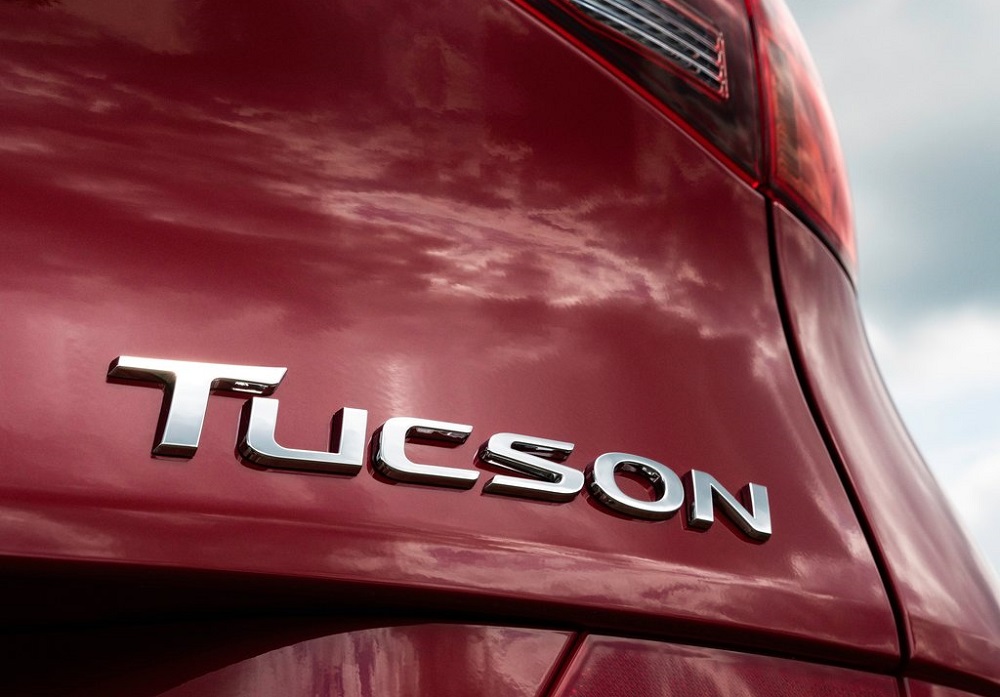 Barely visible on a product production slide that leaked last month, the all-new Hyundai Tucson has made an appearance online ahead of its reported world debut in August.

Pictured by motor1.com still dressed in heavy layers of black wrapping with only the roof, A-pillar, mirrors and part of the front wings exposed, the spied prototype does however provide a clearer hint of what to expect from the model that will provide the base for the new Santa Cruz pick-up.

Joining the Sonata, Elantra and the recently unveiled new i20, the Tucson will become the latest model to incorporate Hyundai’s new Sensual Sportiness design language, with already noticeable elements being the pattern of the Cascading Grille and the dual headlight design derived from the Kona and Palisade.

Although deciphering anything at the rear is near impossible, what can be made out are the taillights that will run the entire width of the tailgate as evident by the red stripe above the number plate, and what appears to be the same type of bootlid integrated spoiler above the number plate itself that features on the new Kia Sorento.

Even more uncertain is what will reside underneath the bonnet with speculation pointing to the normally aspirated 2.4-litre petrol and 2.0-litre turbo bound for the Santa Cruz, as well as the new 140 kW normally aspirated 2.5 used in the Sonata, the 132 kW 1.6 T-GDI and even the 224 kW 2.5 T-GDI powering the range-topping new Kia Optima.

On the diesel side, expect the mild-hybrid 1.6 from the i30 that punches out 100 kW as the base engine, and a revised version of the current 2.0 CRDI has the top-spec oil-burner. A plug-in hybrid is also likely as is a mild-hybrid petrol.