All-wheel-drive and hybrid hardware will result in a weight gain of 250 kg. 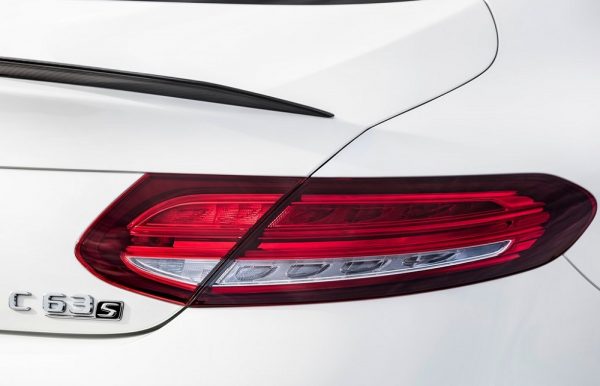 With spy images having graced various online platforms for almost two years now ahead of its highly awaited unveiling later this year, a fresh report from Australia has alleged that the forthcoming Mercedes-AMG C63 will produce 410 kW from its electrified four-cylinder engine.

Citing a report that appeared in the latest copy of Car Magazine in the United Kingdom, caradvice.com.au alleges that the unit will be the same M139 2.0-litre that debuted in the A45, albeit with a rear-mounted 150 kW electric motor for an all-wheel-drive layout as alleged in 2019, plus the mild-hybrid generator and an electric turbocharger.

Aside from the claimed output, an uptake of 100 kW over the A45 S and 35 kW more than the outgoing model’s 4.0-litre bi-turbo V8, the first four-pot performance C-Class since the moniker replaced the 190 in 1993 will produce 800 Nm of torque, which, if proven true, will make it more powerful than the 375kW/650Nm BMW M3 Competition.

Despite it not being mentioned whether the figures refer to the eventual output of the standard C63 or the more powerful S, the Aussie online publication further states that an all-new nine-speed transmission would feature along with the mentioned all-wheel-drive system.

The addition of the hybrid system, reported to weigh a hefty 250 kg, will however have an impact on the C63’s performance with the report mentioning a 0-100 km/h sprint of 3.5 seconds, five-tenths slower than the V8, and a top speed of 291 km/h, despite the engine being 60 kg lighter than the twin-blown bent-eight. Being a hybrid, the C63 will have a reported all-electric range of 64 km and a claimed fuel consumption of three-litres per 100 km.

Like the E63 S, a Drift mode will be included, along with a series of chassis revisions in order to set itself apart from the standard C-Class. In addition, it will also debut a new model description, becoming known as the Mercedes-AMG C63 4Matic+ EQ Power Sport.

With recent reports alleging the C-Class to incorporate styling and technology from the new S-Class, don’t be surprised if images of the C63 appear online within the coming weeks and months in the form of pre-production spy shots. As before, production of the both models will take place at Benz’s plant in East London with sales likely to start in early 2022.